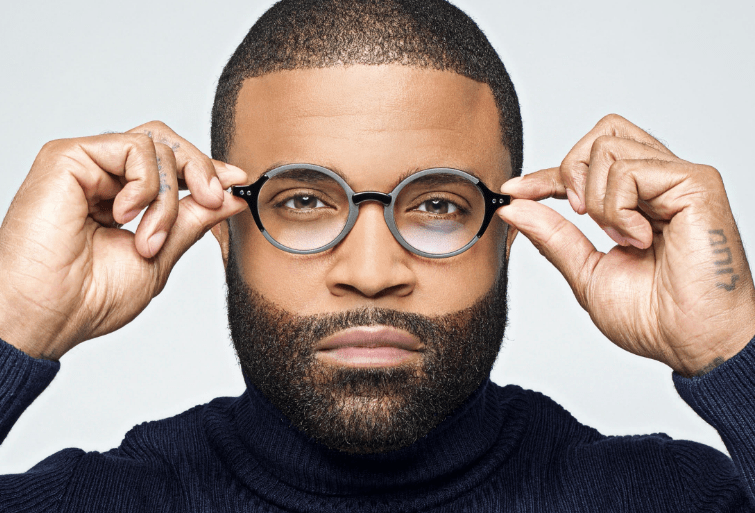 We recently caught up with singer RL, of acclaimed R&B group NEXT, in regards to his latest EP, The Letter J. The four track project samples the likes of Jodeci, Janet Jackson and Jon B, all while showcasing RL’s luminous vocals and staying true to the nature of R&B, catering to what the ladies want to hear.

“For me I just really wanted to showcase my growth and evolution… I’m not going to lie because it’s a daunting task to continue to try to grow and evolve and you really haven’t released an official project since 2013, I believe. But, I just continue to try to work at my craft and get better, and I really think that ‘The Letter J’ is a product of that.”

Read our interview below!

Thank you man I really appreciate that. It’s good to know we still have  fans, who still love the music.

FM: So, how is everything? What’s life for RL like now doing quarantine? (i.e What’s an average day during COVID for RL) Especially, since you have your 3 year old at home with you right?

“I use to have to make excuses why I didn’t go to people’s events,” said RL. “So this is perfect, it’s COVID!… I’m really a homebody. I’ve never really liked clubs or crowds because you can’t give one person the attention they deserve. In a crowd there are so many different people trying to speak to you, I’ve never really liked that. I’ve always shied away from crowds. In no way do I wish death or sickness on anyone but it’s about finding the silver lining.

I have a 24 year old (Charles) and a 3 year (Rory). It’s great to be able to watch her grow and change daily. Initially, she had a private tutor but she was use to interacting with other kids. COVID changed that to Zoom calls and drive by birthday parties. My wife with two other mothers decided to make a classroom in our home for the kids after everyone was tested and quarantine. Now, they alternate homes weekly. A little community for them, in such a delicate time during their development.”

FM: Recently, you visited your hometown of Minneapolis and met with the police chief to talk about reform. What made you want to get involved in the movement and get active about police reform?

“I know many respectable community oriented police officers but truthfully there are some that are racist. Eradicate that, you have to allow them to retire and start fresh with a new generation of more understanding and sympathetic police officers. Right now, it’s about arrest when it should be about the community and safety. We about reform but not in the way that people would think. You can’t show me a kid in the intercity, that isn’t from a law enforcement family, that would want to be a police officer.

There’s a need for programs that help officers interact with those kids that will help them see that being a police officer is respectable and will change their perspective.”

FM: Just to mix it up a bit, if you weren’t in the music industry what would RL be doing?

“I would say a lawyer, love to debate and play the devil’s advocate but most likely an engineer like my father because love numbers and drafting… I got in trouble in junior high and he made me go to a private school with slacks it was the worst. The one good thing they had a the Christian school was drafting. I think he wanted me to go there so I could fall in love with it, but he could only plant that seed so far because I love music.”

FM: You’ve had an astonishing notable music career. You’ve created some amazing music with your group Next and during your solo career (i.e “Too Close”, “Butta Love”, “Wifey”, “Good Man”, “Can’t be Friends”, “If you Leave”.) As well as, written songs for some heavy weights such as: Luther Vandross, Jamie Fox and Jahiem. What’s has that been like for you?

“In the beginning, you just want to make records for your group but once the records start taking off people start saying, ‘I need one of those records!’

It started with Jahiem, Luther, Usher and people like that. It was fun because I had the chance to work with people I respected and that I looked up; also, scary at the same time. You’re coaching and directing someone who is probably more successful than you. Which taught me later in life that no matter how much success you’ve had, what you become or who you are, you can learn from anybody. Being in the room with Luther Vandross and Ronald Isley taking instructions from little ole me. That humbled me and showed me the true essence of what it is to be an artist.”

FM: What inspires you when you’re making music? A lot of your music is about making women feel love and empowered, letting women know there are still good dudes out there.

” I’ve never told this story! People know that before my career started, I had a record deal for rap. There was a family friend of mine Flash Hustler I was with his label, he had a studio outside of Minneapolis it was called Fat Jazzy Studio. I had to make a decision if I was going to rap or sing. There was a singer who was a blower named David Hughes, who was signed to him as well. I looked up to Dave, he said I should do rap. I took that as a challenge, then decided to sing. That was the first piece of doubt I had in a professional setting. It fueled me to become a better singer and constantly want to surprise people.

My inspiration comes from experiences and making those relatable. Being from Minneapolis,  people are always bragging about how going to school with Prince.

“People were really cruel to me” said RL. “To the point I wanted to commit suicide my senior year in high school. My dream became for one day people to tell their kids they went to school with me and create a legacy of music that lasted.”

FM: Around 2013 was your last project, what did you do during that break from music?

“Honestly, I’d say the last official project I did was around 2003. During that break I just grew up and worked on my craft. I needed to grow as a man. In a group, you become complacent and just fulfill your role within the group. There are so many things that an artist needs to learn. The issue about being in a group if you do a solo project, people say you went solo. You don’t have to break up to branch off. They only say that in Urban music, when it’s a pop artist it’s he did a solo project.

I didn’t go solo, I just did a project! I believe that in order to become a better asset within a group, it’s necessary to venture outside the group; so you can come back and be the best you can be. I was briefly kicked out my group but once I came back I was better.”

FM: How did you and your group reconnect?

FM: You come from 90s and 2000s R&B, which completely different from today’s R&B. You can hear a mix of some old with some new in your new EP “The Letter J.” What was that process like?

“I wanted to pay homage to artist I respect”, said RL. “The EP samples Jodeci, Jon B and Jackson. There is a fine line between sounding dated and trying to sound like you’re trying to be young. The hardest thing for artist like myself (Jagged Edge and 112), we all started when we were young. People want to put us in this place of this is where you should be. The reality is we feel we have so much more music to offer. This is a testament to that, I wanted to show people I can take something that you’re use to and switch it up.”

Make sure u go download the new new.. The Letter J!! I Do (produced and mixed by @brianbflatcook ).

FM: You were touring with your group members Next right? How is that? Are there any new projects coming out?

The Next tour has been postpone due to COVID. We were going to be traveling to Australia, London, Africa and the states. Now, I’m at home working on more music. The Next and Naughty by Nature (Next by Nature) collaboration will be coming out, RTV which is another EP, an Afrobeats album and my full album.

Also the inspiration behind the project is…. you know we always talk about giving flowers and how all of these great artists from my era were out, and yet we wait until the funeral or something catastrophic happens to kinda show them love. Not only did I want to make great music, but as I was doing it, I wanted to represent and give flowers to some great acts that I really grew up loving like Jon B, Janet Jackson, and of course one of my bigger inspirations, Jodeci. Not only did I want to make great songs, but I wanted to take music that people loved and put my spin on it to show people the “RL Way.”