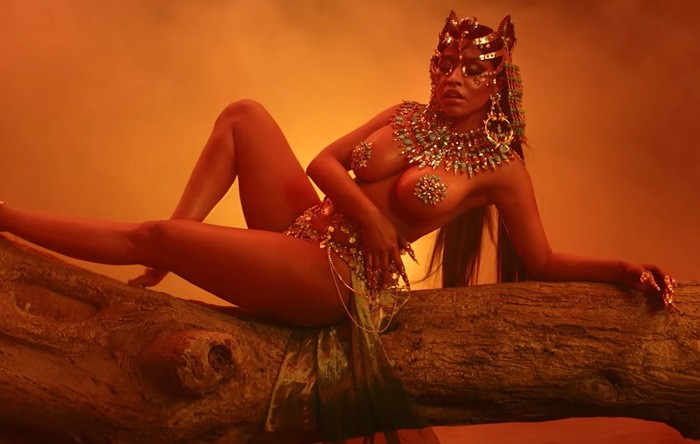 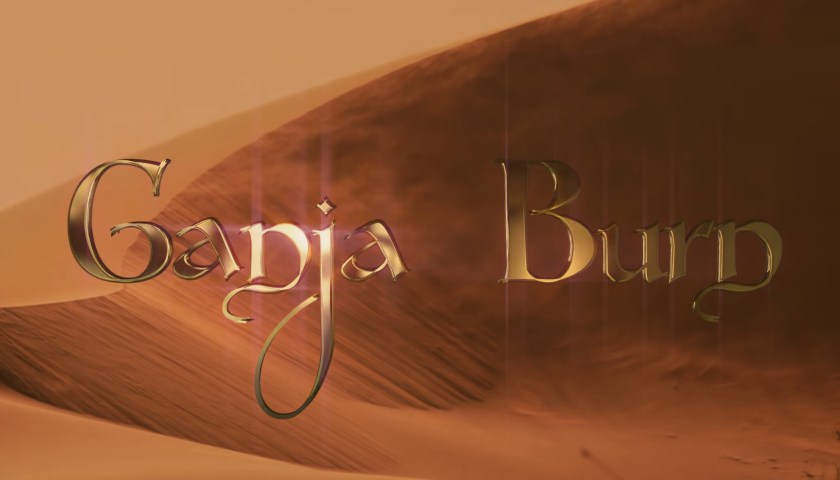 Salutations FM Trendsetters!  If not already buzzing and trending on the social media (infamous Funk Flex interview, Twitter beef with Power 105.1‘s DJ Self, and ex-boyfriend Safaree, etc.),  the Harajuku Barbie, Nicki Minaj, is leveling up with her new mythological and unique vision for her hit song “Ganja Burn“.  “Gotta be King status to give men my body…cause a Queen is what I embody“.  This bar from the song thoroughly describes her Mert Alas and Marcus Piggott directed a masterpiece.  The music video embodies her true queendom, as well as her story.  Memories, past beef, and lessons learned drift through the viewer’s eyes, like the wind blowing desert sands throughout her video.  Nicki Minaj’s “Ganja Burn” is now the fifth trending video, according to Youtube. 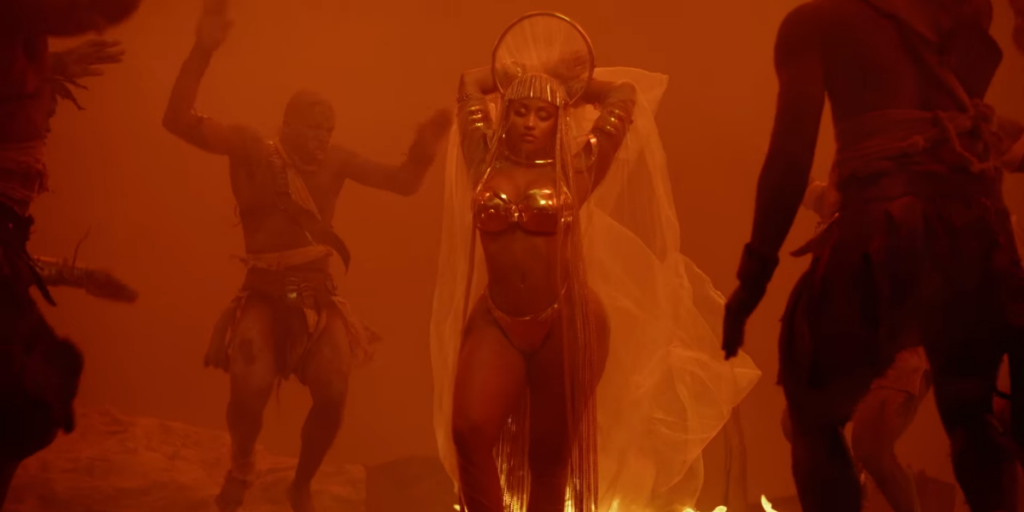 The video basically defines the story behind her now iconic cover for her album “Queen“.  You feel like you are in a movie about a desert queen.  Egyptian, Palestinian, African, its up to your imagination of the setting, yet the story itself helps you understand the pain and victory through the Young Money heiress’s lyrics.  In the storyline, the Queen allows her soldiers to be defeated and village to be destroyed.  She then brings them back to life, stronger, to defeat their enemies.  When asked the reason, the Queen explains to her loyal army about victory through death. To die is to live. This story is found in the beginning before the video starts to set the tone. Queen Nicki Minaj emerges from the dust and sands, along with her powerful army, to embody this theory.  As glorious as the creativity behind the album cover.  She walks along what was once her empire, but now sands that extend to eternity.  As the smoke from the Ganja when it burns.