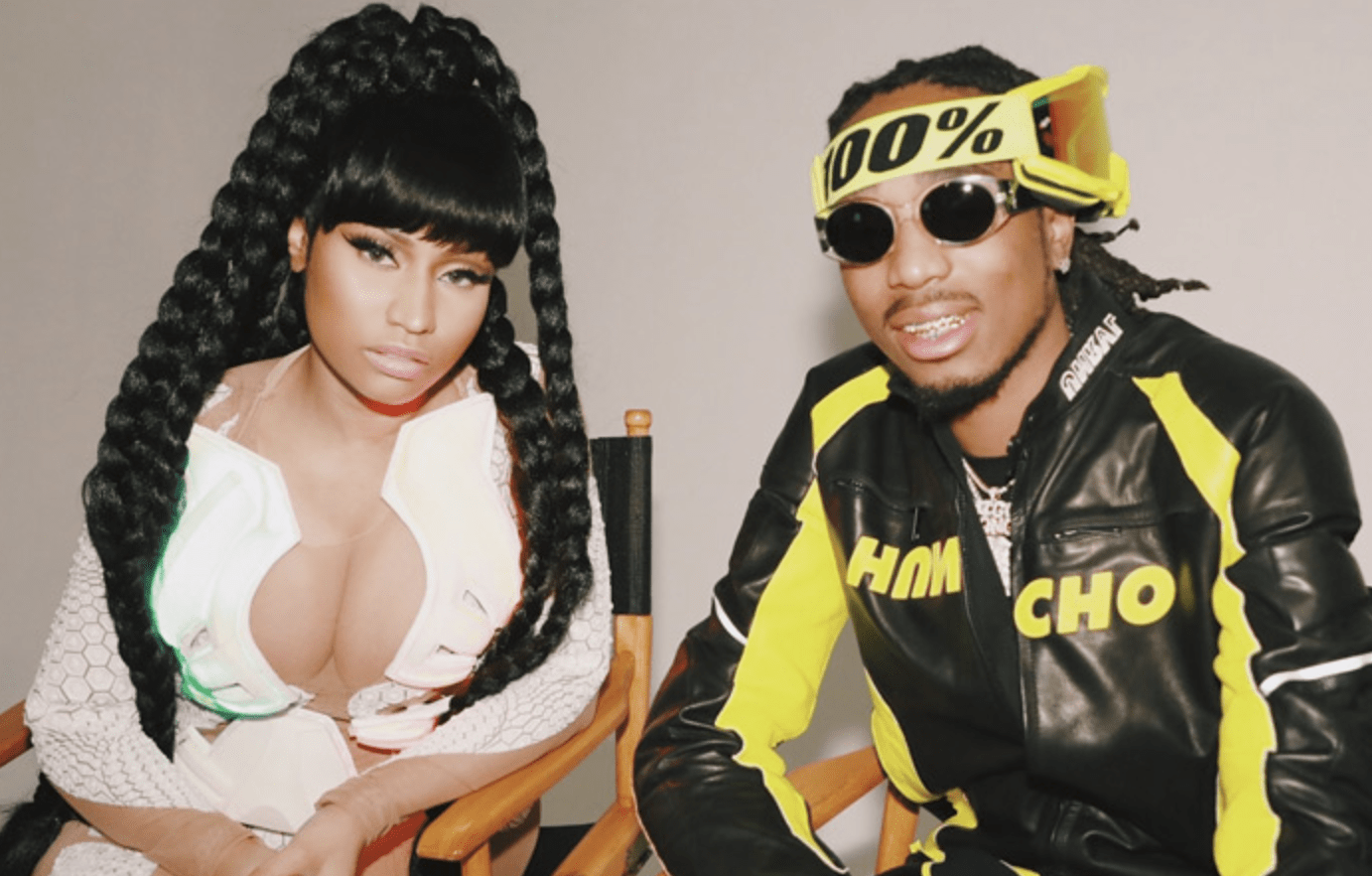 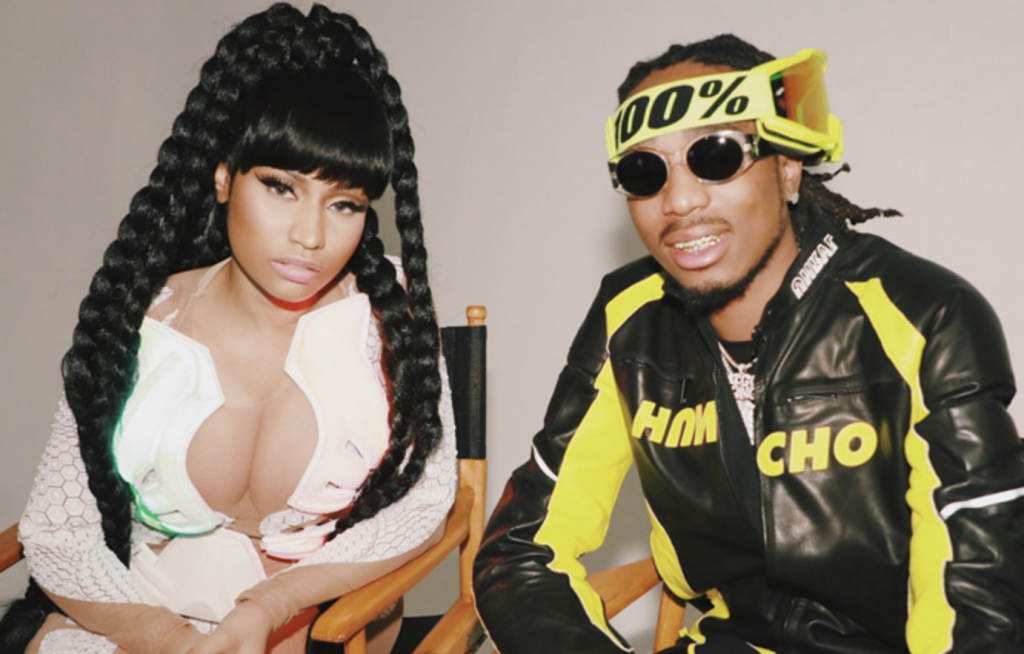 #ATTENTION: THERE IS NO BEEF! NICKI & HER “BABY” QUAVO ARE BACK ON GOOD TERMS.

Nicki recently did an interview with Beats 1 radio in which she addressed “rumored” feud with female rapper Cardi B and why there some tension between her and Quavo. She spills all the TEA!

The Queen of Queens explained how her collaboration with Migos and Cardi came about but in return, she received major backlash that she was lying. Apparently, when she asked Quavo to co-sign to clear her name, he shot her a text saying,“I would go on Twitter and back you up if you were my girl lol”.

This did not fly with Nicki. “It hurt my feelings to know that people would watch me be slaughtered and not one person will step in to say the truth. They will run with the lie, they’ll allow people to run with the lie because it’s entertaining to make Nicki seem like the bad guy,”.

[WATCH]: NICKI MINAJ BREAKS DOWN “MOTORSPORT”  IN RADIO ONE INTERVIEW

The BARBZ decided to handle Nicki’s lightweight and handle up on Mr.Quavo. They flooded his socials with the SMOKE. Big Huncho has seen the error of his ways and apologized to Nicki for what he did. Roman had to call off the TROOPS!

[WATCH]: NICKI & QUAVO BACK IN THE STUDIO

Since then the two have been sighted out twice together. Nicki posted a video on Instagram of her and Quavo in the studio vibing to her newest hit single “Chun-Li“.

[Which debuted in Billboard Top 100 within the first 8 hours of being released by the way.]

Days later they attended the annual music festival Coachella together. They look good. It hasn’t been confirmed if they are more than friends at this point but they seem to be in a way better place.