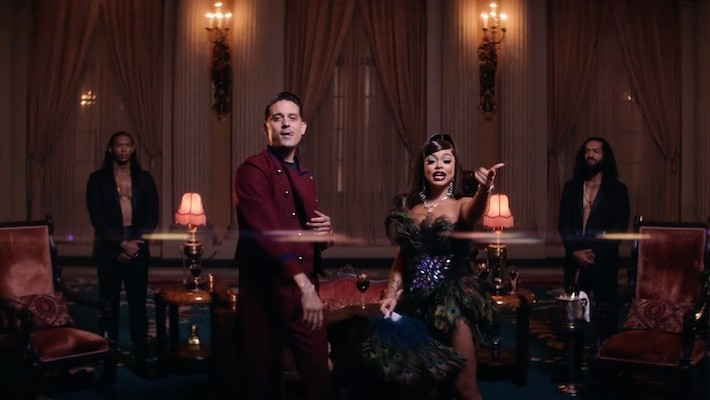 It’s time. Dropping a huge record with @mulatto tomorrow. Drop a ⬇️⬇️⬇️ if u ready.

The dynamic duo teamed up for a fun, upbeat visual inspired by ‘Deuce Bigalow: Male Gigolo.’ G-Eazy serves as a hotel bellhop while Mulatto sits pretty as his “gigolo.” G-Eazy does his thing on the chorus, “You want that new Benz, wanna slide around the town / Then you gotta hold it down, down, down, down, down” before Mulatto chimes in with “Stay a hundred with me even when I ain’t around / You know I’m the queen, b*tch, I know you see the crown.” To top it all off, guest appearances include Saucy Santana, Flo Milli, Rob Schneider, and Jordyn Woods! Check out the full video below.

G-Eazy isn’t the only one with some dope features. Mulatto signed her record deal with RCA Records in March of this year after turning down a contract with So So Def Records back in 2016. It’s clear that the Atlanta-bred rapper knows her worth. When signing with RCA records, she asked for collabs she wouldn’t have access to as an independent artist such as G-Eazy and secured the bag! Her debut studio album “Queen Of Da Souf” released on August 21st, includes features with City Girls, 21 Savage, 42 Dugg, Saweetie, Trina, and Gucci Mane.

To top off this year’s success, Mulatto’s “Youngest N Richest” visual reached 1 million views on Youtube in 2 days! After collaborating with her favorite rapper, Gucci Mane, there’s no doubt Mulatto is leaving her mark in the rap game. She’s been rapping since she was 10 years old and shows no evidence of slowing down as she continues to climb the charts!