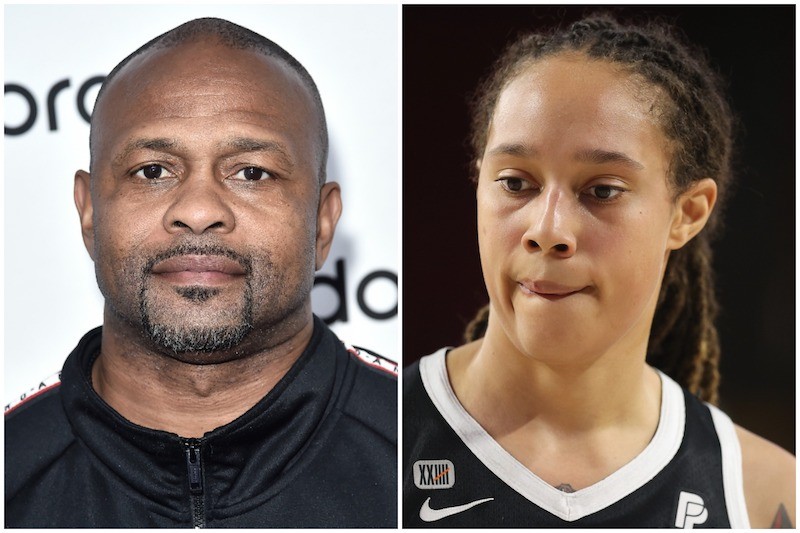 Roy Jones Jr. publicly proclaimed today that he is working on a plan to see Brittney Griner liberated and then returned to U.S. Soil.

Brittney Griner was detained in Russia in February of 2022 for accusations of smuggling drugs into Russia. Fast forward four months and the athlete remains under retention. And recent reports indicate that Russian authorities are now deciding to extend Griner’s detainment.

However, the U.S. Department of state has categorized Griner’s detainment as wrongful. And since her detainment, there has been a great rallying cry for Griner’s release especially given the ongoing Russian conflict. Some also fear Griner’s detainment is being drawn out for political reasons, which may hold a lot of truth.

Roy Jones Jr., a famed boxer, is stepping up. He vows to do whatever is within his power to see Griner returned to U.S. Soil. He even pledged to go the extra mile to see her return. In a statement, this is what Jones had to say,

“Would I put my life on the line, take a chance to go to Russia to exchange prisoners? Yes, I would”

And that is commendable.

Why would Jones go to such lengths? According to Jones, he can empathize with Griner’s family. He’s doing no more than he would want someone else to do for him in the same situation. In his words,

“Because if [Brittney] was my daughter, I would want somebody to do the same thing for me.”

Is Jones the Person for the Job?

If anyone can do the job, Jones can. One of the things Jones has going for him is his dual citizenship. He is both a citizen of the United States and Russia, which gives him a road in. Additionally, Jones has had some dealings with Putin. According to TMZ, Vladimir Putin helped Roy gain Russian citizenship in 2015. Roy also contends he has friends over in Russia. This would also provide extra help to his cause. His profile as a well-known sports figure is an additional plus.

Jones Is Initiating a Plan

Jones is not merely talking about what he can do; He is already doing something. According to press releases, Jones has initiated talks on behalf of Griner. Reportedly he knows someone who has an inroad to the office of Vladimir Putin. So, if anyone can make an impact, hopefully, he can.

The Complexity of Brittney Griner’s Predicament

Griner is not accused of any ordinary charges. Instead, she faces an offense with a maximum ten-year sentence if convicted. Unfortunately, Russian authorities continue to extend Griner’s detainment. The rationale behind her continued detainment has become increasingly alarming. CNN’s recent coverage included a statement:

“Griner’s agent said it was clear the player was being used as a “political pawn.” And additional statements also included a report on the WNBA star’s inhumane treatment. These things are not to be taken lightly, and this news certainly increases the pressure for a release sooner rather than later.”

It is saddening to know that Griner has been in prison for over four months, especially since it takes place without due process. And it is even more devastating the Russian government is again extending her retention. However, it is with sincerest hopes that Jones can clear a path for Griner’s return. FMHipHop will update as more information comes.

If you want to help Ukrainians, who are now dying, lacking food and medication, hiding from bombs, and struggling to save their country, visit #HelpUkraine.