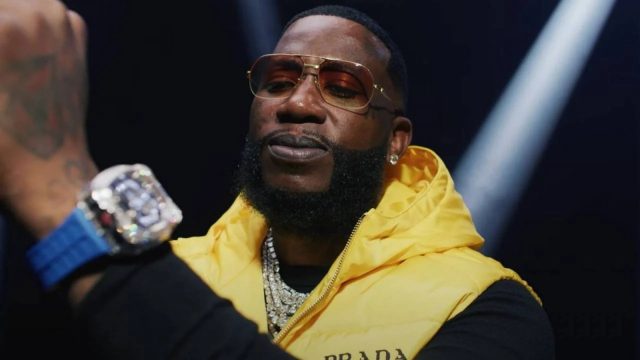 Gucci Mane is calling for his fellow rappers to stop dissing the dead. On his new song “Dissin’ the Dead,” the Alabama native expresses his regret over popularizing the trend of disrespecting fallen enemies. He also calls for the young generation to follow his lead.

A visual crafted by Omar the Director accompanies the song. In it, Gucci Mane posts up in a cemetery while wearing hoodies commemorating Trouble and Young Dolph. Coincidentally, the track dropped on Wednesday, which would’ve been Dolph’s 37th birthday.

Gucci Mane has done his fair share of dissing the dead, however. During his Verzuz with rival Jeezy, Guwop performed “The Truth”, a diss track aimed at Jeezy’s friend Pookie Loc. Gucci allegedly killed Pookie in self-defense in 2005.

Guwop added insult to injury after the song ended, continuing to disrespect Pooke in front of Jeezy. “Damn! Put that n***a’s a** in the dirt,” he taunted. “Smoking on Pookie Loc tonight.”

Gucci made another reference to Pookie on his “Rumors” collab with Lil Durk in January. “D.A dropped my murder, didn’t have evidence to prove it/I think my house is haunted, yeah, by who? The ghost of Pookie,” La Flare rapped.

However, Gucci Mane refers to Pookie on “Dissin’ the Dead” in a much more respectful manner. “I’m the one put your boy name on a stone/I dissed the dead and I knew it was wrong,” he says.

Dissing the dead in Hip Hop

Disrespecting the dead has become more prevalent in hip hop in recent years. Lil Durk dissed his late rival FBG Duck on the leaked track “High As Duck in December 2020. Meanwhile, NBA Youngboy made references to King Von’s murder on “Bring The Hook” earlier this year.

Gucci Mane isn’t the only rapper to change his stance on disrespecting the dead. Last year, Lil Durk promised to stop the practice after the deluxe release of The Voice. Florida rapper Julio Foolio followed not long after, calling it “childish.”