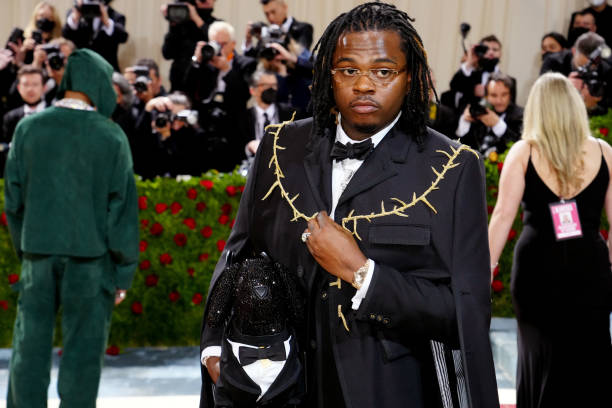 Gunna has finally spoken since being arrested early May. He is a part of the RICO case with Young Thug and YSL, which includes over 50 charges. Gunna has been accused of being a part of the alleged street gang. He wrote a letter while in jail to all his fans, friends, and family.  The letter is posted on his Instagram and Twitter today on his 29th birthday.

In the letter, he mentions that 2022 was one of the best years of his life reflecting on the success of his album, which includes the smash hit, Pushin P. Growing up in Atlanta, Gunna reveals he never thought rap would change his life and the people around him. He stands by his innocence and sheds some light on the good that he has done for his community. Gunna also touches on the state of hip-hop’s lyrics vs. the judicial system.

Rappers took to the comment to support their friends such as T.I., Doe Boy, and Dave East.

22 & 2, just a bed & a shower, no windows just walls. Can’t see or talk to anyone. I’m writing now & still praying everyday . I was raised to fight fire with water, even tho my country’s amendments have failed me! PROTECT BLACK ART! pic.twitter.com/wqsfXAzHJe

Kevin Liles of 300 Entertainment and Julie Greenwald of Atlantic Records are heavily involved with the YSL RICO case. There is a petition on Change.org titled “Protect Black Art,” which is aimed to prevent the courts from using lyrics as evidence in cases. There is one bill that has been passed, but only through the Senate. The “Rap Music on Trial” bill, also known as Senate Bill S7527, was passed in New York after YSL was indicted. Jay-Z and Meek Mill led the charge with that one as Senate Bill S7527 calls for a restriction when prosecutors use rap lyrics as evidence in criminal cases.

The state assembly has yet to approve the bill which means it can’t be signed into law just yet. The bill will be put up for a vote in January of 2023. Greenwald and Liles have been urging fans, friends, and family to get their local representatives to endorse the Senate bill. Last week, Liles testified for Young Thug to be released on bail, but it was denied. He believes other genres of music don’t get taken to trial and not only does this case violate the First Amendment, but also sheds more light on the injustices of Black people in this country.