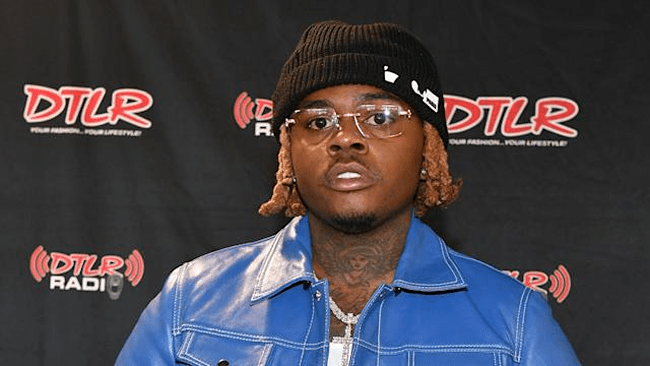 Gunna has received plenty of support from fans in the wake of his arrest. He recently responded to these fans in a long letter.

“This year I had the whole world pushing P,” he began. Of course, Gunna is referring to his viral phrase that took the Internet by storm with the release of ‘Drip Season 4ever’ in January.

Gunna then makes a sharp accusation. “For now, I don’t have my freedom. But I am innocent. I am being falsely accused and will never stop fighting to clear my name!”

A support system for Gunna

Gunna, less commonly known as Sergio Giavanni Kitchens, is currently facing a RICO (Racketeer Influenced and Corrupt Organizations Act) charge. This charge carries some dire jail time with it. With a maximum sentence of 20 years, such a charge is certainly nothing to scoff at.

He explains: “As a Black man in America, it seems as though my art is only acceptable when I’m a source of entertainment for the masses.” The message here has been heard from rappers before. With rap, the line between entertainment and illegal activity is becoming blurrier. More often now than ever, rap artists are seeing real consequences for their words. Specifically, lyrics from “Take it to Trial” and “Ski” were used as evidence against the 29-year-old.

Gunna continues: “My art is not allowed to stand alone as entertainment, I’m not allowed that freedom as a Black man in America. It is a sad reality that slavery is still alive in America today and still affecting my people. In 12 states more than half of the prison population is Black, one of those states is Georgia.”

Meek Mill speaks from the heart

One of YSL’s loudest advocates, since the arrests began, has been Meek Mill. In addition to initially calling for Young Thug and Gunna’s release, he also spoke out about their bail denial. On the same day of Gunna’s note, Meek tweeted out a message for his fans and loved ones. “Write gunna thug and ysl  so they feel and hear the love,” he typed.

“write casanova.. write..Dugg..write Lucci Write ralo That mail kept me alive in there,” he added. Of course, the advice is from real-life experience. Meek has spent his fair share of time behind bars. In 2017 he was sentenced to prison for two to four years over small charges, most notably performing a wheelie without head protection. During that time, Meek garnered massive support from his rap peers and the city of Philadelphia, collectively. He now knows better than anyone that large-scale support is what’s needed during tough times. Truly, Meek has branded himself a YSL advocate.

Write gunna thug and ysl so they can feel and hear the love being locked 22/2 you could lose your mind there ….Write Casanova ..write..Dugg …write Lucci …Write ralo That mail kept me alive in there … write your peoples also while you at it! Ima pen them all this month!!!! https://t.co/hUnzCLzFfq

Many believe Gunna’s involvement in the crimes committed within YSL was minimal and undeserving of the long wait for his 2023 trial. Prosecutors, however, disagreed harshly with that position during his second bail hearing. While no video has been released of the hearing, journalist Jewel Wicker confirmed claims made about Gunna as a documented gang member and alleged risk for witness tampering. This convinced the judge to keep him behind bars. Gunna isn’t entirely unfamiliar with police run-ins. In 2018, he was arrested for being in possession of amphetamine, Xanax, ecstasy, marijuana and oxycodone.

It’s notable that, unlike many other YSL members listed in the RICO indictment, Gunna does not have any extra charges. In stark contrast to his peers, Gunna’s rap sheet seems quite thin. This may still change as the story develops.

The ‘P power’ rapper is only one out of 28 arrested for violating the RICO act, amongst other serious charges. Record label and suspected gang YSL has stalled as Young Thug fights for his freedom. That fight has proved a particularly hard one. Gunna and Thug were flatly denied bail in May. In addition to this, Young Thug’s hearing confirmed his position as YSL’s leader and main alleged offender for Fulton County Police.

“… Young Thug is the leader of the gang, he is dangerous, and if he crosses them, he will kill them or their families,” Judge Glanville stated. Clearly, the battle is just beginning for Gunna, Young Thug and the rest of YSL.