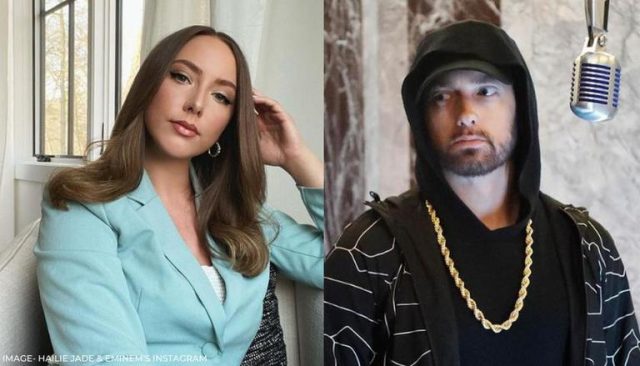 Hailie Jade, the famous daughter of rapper Eminem also known as Slim Shady, recently embarked on a new journey in her career, launching her own podcast Just a Little Shady. In her first episode from July 15th, Jade discusses her luxurious lifestyle as a child while speaking to a close friend.

Eminem has been rapping about daughter Hailie Jade since the start of his career. Hailie is launching her own Podcast, the name of the podcast: Just a Little Shady, references her famous father's Slim Shady nickname. #slimshady #eminem

She describes her experience traveling on her father’s tour bus and how young she was at the time thinking it was so “cool” and “normal.”  Her co-host and childhood friend, Brittany Ednie, stated “I remember going on that [referring to Eminem’s tour bus] and all our memories of being young were so cool and unique to look back at now.” She continued, “it felt so normal and not anything strange or different… we didn’t know any better.” Hailie Jade chimed in to say,

“It’s so fun to look back… as an adult, I’m like, Wow, that’s actually so surreal. Those memories of me thinking those were normal things, now… I’m like, Holy crap, that was cool.”

The two ladies also discussed how they went to a normal public school, not realizing their life was very different than others around them. They thought everyone experienced the adventurous lifestyle they were living. She even tells a time in which her dad was working on a project down in Florida and he had prepared a limo to take the girls to Disney for a tea party as he already had their princess dresses waiting for them as they arrived. Ednie say’s, “Even me and my mom were talking about it… She was like I knew you were safe, you were in good hands, and too you guys were experiencing things I could never give to you.”

Hailie Jade appreciates the life she was given.

Through the episode, Hailie and Brittany continue to talk about what they considered, “normal” life, going to school, grades, and the many events they were able to experience together. Hailie Jade said, “at the time, we were so happy and so excited, but we didn’t get to appreciate that moment as much as now. When we talk about it and think back on it, we’re like, Oh my god, that was just awesome.”