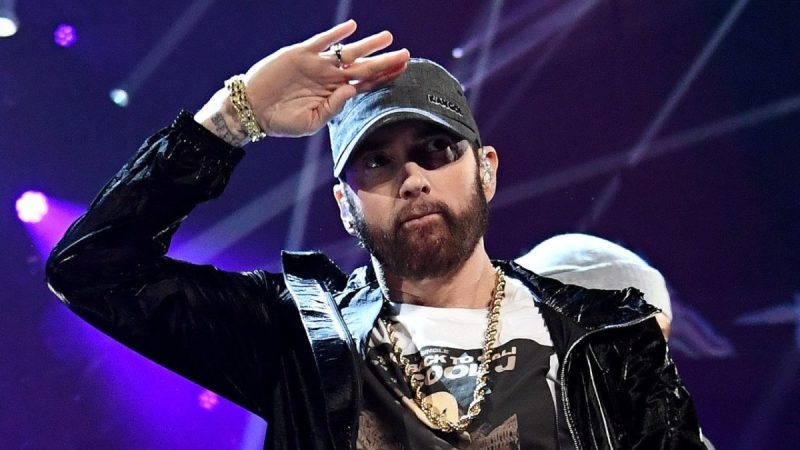 Eminem admits in 'The King And I' single featuring Ceelo Green that he has stolen music from Black culture. Image Source: Kevin Mazur/Getty Images

Arguably Hip Hop’s most successful white MC, Eminem, is consistently accused of stealing from Black culture. One of the reasons he is so successful may be due to this. “The King and I” is Slim Shady’s new collaboration with Cee-Lo Green, released on Thursday (June 16). The song comes from the upcoming Baz Luhrmann movie Elvis. Furthermore, in the third verse, Shady speaks over a sample of Elvis Presley’s 1957 classic, “Jailhouse Rock,” to illustrate his bold admission.

“I stole black music, yeah true,” he raps. “Perhaps used it (For what?) as a tool to combat school/Kids came back on some bathroom sh*t”.

Moreover, Eminem regularly admits that he is a “guest” of Hip Hop culture. Also, in an interview with KXNG Crooked in February 2020, he was asked how he felt about his position in the rap industry.

“I never said I wasn’t a guest,” he replied. ‘I’m absolutely a guest. I never said I was king of anything, right? I had a song called ‘Kings Never Die’ …  that was the concept of the song. I can’t say I’m the king of Hip Hop, so I threw Run-DMC in there, Jam Master Jay.”

There is no doubt that Elvis Presley has left behind a challenging and problematic legacy. There have been long-held accusations that the King of Rock and Roll was a racist. Also, it is alleged that he stole from black musicians. Apparently, Elvis Presley once said, “The only thing a Black woman can do for me is buy my records and shine my shoes.” Therefore, this is merely a rumor.

Unfortunately, Elvis is not a favorite among other artists. For example, Chuck D from Public Enemy famously rapped on the 1988 single “Fight The Power” from the album It Takes A Nation Of Millions … To Hold Us Back.

“Elvis was a hero to most/But he never meant sh*t to me you see/Straight up racist that sucker was/Simple and plain,” to which Flavor Flav added, “Muthaf*ck him and John Wayne.”