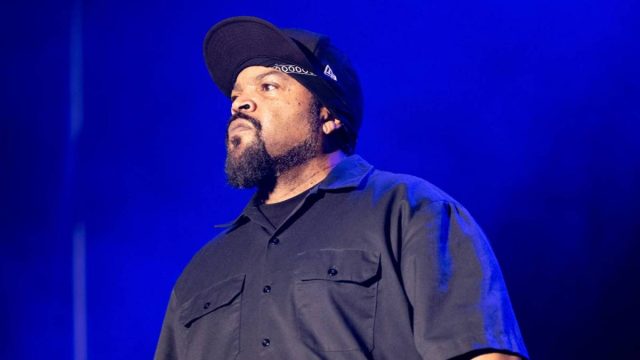 The NFL has announced that it has partnered with Ice Cube’s Contract with Black America Institute (CWBA). They are trying to “increase economic equity and partnerships with Black-owned businesses.” However, this is only an attempt to hide their bad hiring practices.

The NFL announced the partnership on Thursday. They are going to focus on the financial, tech, and production sectors to try to “close America’s racial and economic wealth gap”.

Along with the announcement came a message from Ice Cube.

“For more than a year, the CWBA Institute has been working closely with the NFL on identifying resources to build stronger, more substantive economic partnerships with the Black community. Our team at CWBA, including my longtime business partner and entertainment lawyer Jeff Kwatinetz, and advisors Ja’Ron Smith and Chris Pilkerton, are focused on building corporate partnerships with measurable economic growth outcomes for Black communities across the country. We believe this is a giant step in the right direction.”

The NFL had already allocated $125 million to support Black-owned businesses over the past year, according to their announcement.

Despite these efforts, the NFL has recently been under scrutiny for its hiring practices. However, the problem is not with the players. 75% of the roster was non-white in 2021. The issue is that only five head coaches are not. It is so bad that the NFL is currently being sued by former Miami Dolphins head coach Brian Flores for racial discrimination.

Ice Cube created the CWBA in 2020. It focuses on economic inclusion within the Black community.

While he is mostly known as an actor, Ice Cube has also been focused on helping the community for a while. He had made his own semi-professional basketball league, called “The Big 3”.

In October of 2020, Ice Cube turned down a Zoom call with the Democratic vice presidential nominee Kamala Harris. He claimed it would not be productive. Instead, he worked with then-president Trump on the Platinum Plan. That plan was focused on three things. It made Juneteenth a federal holiday. It also labeled the KKK and Antifa as terrorists and made lynching illegal. That is much more productive than talking to someone that only potentially could get the power to do these changes.