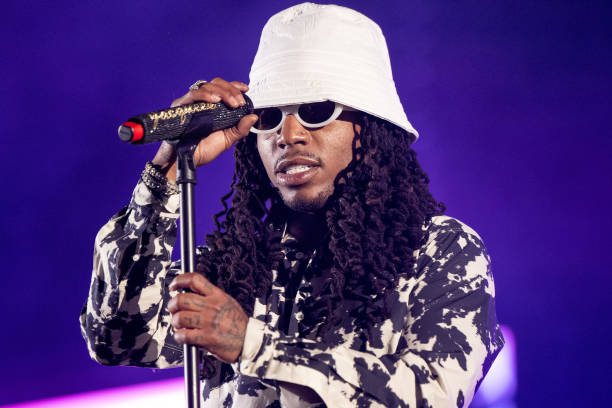 R&B crooner Jacquees isn’t choosing sides in the YSL case.  Recently, many rappers have unfollowed Gunna on social media, causing the internet world to come up with different conclusions.  Meek Mill, Lil Baby, and Lil Durk are just a few of the rappers to disassociate themselves from the DS4 rapper.  The self-proclaimed “King of R&B” is not going to follow suit.

Jacquees Is Not a Follower

Jacquees has collaborated with both Young Thug and Gunna.  In 2019, all three artists combined to make “Verify”.  Jacquees remains that he just wants to see the YSL team free.

“Oh, yeah, I just stay outta that.  I just wish everybody the best.  Free my brother, though!  That’s the biggest thing.” Said Jacquees to TMZ.

Cleary, he is trying to keep everything positive.

Earlier this month, Jacquees opened a new business.  The “B.E.D.” singer is the owner of The Wine and Tapas Bar in Georgia.  Jacquees was born in Decatur, Georgia which is not far from the establishment.  He aspired to have a place of business in his community, where black and brown people can have the opportunity to work.  His dedication to his community shows as he even hired his childhood friend to be an executive chef at the bar.

Aside from owning a new bar, Jacquees has also started his apparel line with Frozen Roses Collection.  The line is an ode to his mother as he calls himself a “mama’s boy”.  The line consists of hoodies, hats, and t-shirts.

The Cash Money artist released his latest album, Sincerely For You, last month.  The album was executive produced by Future with features from Tory Lanez, Summer Walker, 21 Savage, and 6Lack.  Future has a verse as well on “When You Bad Like That”.  They just shot the video for the song last week.  Sincerely For You landed in the number 20 spot on the Billboard R&B chart on its debut.