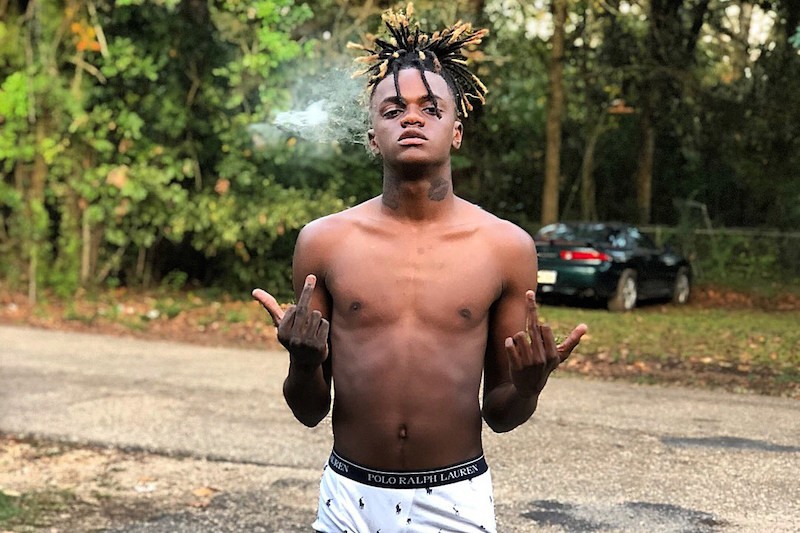 JayDaYoungan has been arrested again. Photo by Krystal Scott for XXL

JayDaYoungan has once again found himself in trouble with the law. Following a traffic stop in Washington Parish, Louisiana on Saturday (Oct. 30), authorities detained the 23-year-old rapper on various accusations. The charges include child desertion, evidence tampering, and narcotics possession. Authorities booked the rapper, born Javorius Scott, into Washington Parish Jail in Louisiana at 2:51 pm.

JayDaYoungan’s current charges include switching license plates, driving without proof of insurance, another violation of child restraint, and illegal use of a controlled dangerous substance in the presence of someone under the age of 17. He also faces charges of possession of a controlled dangerous substance with weapons present, marijuana possession, possession of a schedule II narcotic, obstruction of justice, and contempt of court.

JayDaYoungan in custody after getting caught at a traffic stop earlier today in Louisiana. He’s facing multiple drug and weapons charges. There is no indication of a bond set, but we will keep you updated on this developing story pic.twitter.com/jJzdpBaqFg

The rapper released his last project, 23 Is Back, in June with no features. JayDaYoungan has previously worked with Dej Loaf, Latto, Moneybagg Yo, and Kevin Gates.

JayDaYoungan’s run-in with the law isn’t his first. Authorities previously arrested the rapper in September, in his home state of Louisiana. Allegations included accessory to second-degree murder and obstruction of justice in connection with a homicide in August of 2020. According to WAFB6, JayDaYoungan was allegedly involved in a brutal and fatal drive-by shooting on Aug. 8, 2020. The shooting took place between two local rival gangs, La Familia and the Purple City Boys, claiming one life and injuring two others.

During the event, two suspected shooters—22-year-old Laqontre Turner of Tickfaw, La., and 19-year-old Arman Burnett Jr. of Hammond, La.—opened fire on a trail ride. They shot and killed Zion Hutcherson, a 21-year-old Baton Rouge mother and innocent bystander, in the incident. Despite the allegations, JayDaYoungan left police custody on a $175,000 bond. For his release, he posted an $80,600 property bond and a $94,300 commercial bail.

After his latest arrest, JayDaYoungan remains in custody without bond. The rapper and his team have not responded to comments yet.