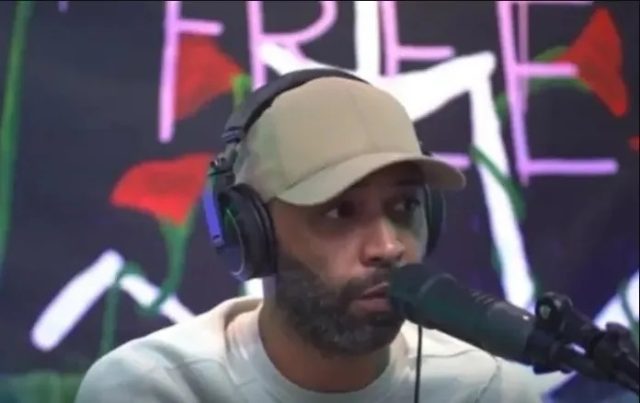 Photo by The Joe Budden Podcast/YouTube

Joe Budden has responded to the outrage over his condom confession. In a recent episode of his titular podcast, the media personality admitted to having faked putting a condom on before a sexual encounter.

“Even I’ve done walked in the corner and faked like I was putting a condom on before,” Budden admitted with a laugh. “That sh*t be working. They’re none the wiser!”

After Joe Budden went into detail on how he planned to use a lamb-skin condom, one of his co-hosts called him a “sicko”. “Nah, I used to be. Please don’t misrepresent me,” the rapper replied. Per  The Shade Room, the episode was removed and replaced by one with no audio.

The issue of “stealthing”

Non-consensual condom removal, more commonly known as “stealthing”, is a punishable form of sexual assault. In some countries, it is even considered to be a form of rape. However, there is currently no law in the U.S that covers stealthing.

But on the other hand, Governor Gavin Newsom of California signed a bill last year which made stealthing a civil offense, meaning victims can sue perpetrators for compensation.

Budden’s confession sparked a flurry of reactions on social media, with many condemning the former rapper over his past behavior.

“What Joe Budden was doing is called rape. Yes that’s rape,” one person tweeted. Women did not consent to that. That’s wild he is out here not only admitting to it but joking about it. Comments off.”

What Joe Budden was doing is called rape. Yes that’s rape. Women did not consent to that. That’s wild he is out here not only admitting to it but joking about it. Comments off.

It’s niggas saying Joe Budden’s pretending to put on a condom “joke” wasn’t that bad. Of course it means nothing to u becuz no one is disrespecting ur body or taking away ur right to choose. No one is asking u to open up and share an intimate moment with them, then deceiving u.

After The Shade Room posted an audio clip of his confession along with some of the reactions on Instagram, Budden issued a response.

However, this isn’t Joe Budden’s first instance of toxic behavior in regards to his love life. The podcaster has been accused of abuse in the past by former girlfriends Tahiry Jose and Cyn Santana.

Santana even claimed that Budden played with his dog’s genitals, according to court documents. Budden strongly denied the allegations, going so far as to address them on Instagram Live.

“I don’t f**k dogs,” he remarked on the Live session. “I’m not here to talk to the people who believe I abused the very women I have taken care of. It’s just not who I am. It’s not who I’ve been.”