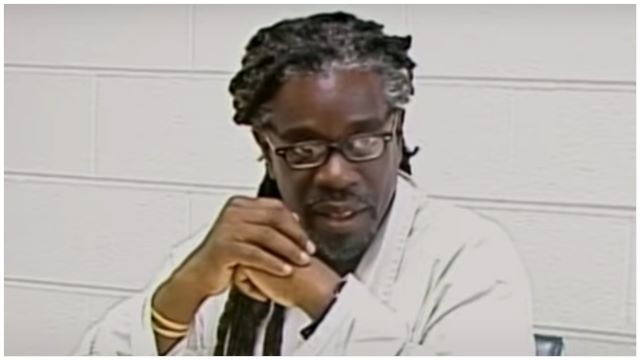 As of September 13, Mutulu Shakur’s appeal for compassionate release has again been denied. And given the ailing activist’s worsening medical condition, things look bleak.

A few months ago, news spread of a movement with Mutulu Shakur, stepfather of rap icon Tupac Shakur at the center. As FM Hip Hop reported, a circulating petition for the compassionate release of Mutulu was gaining significant traction. Petitioners argued that Mutulus’s recent diagnosis of advanced cancer made him eligible for compassionate release. However, this was not the first time Mutulu had appealed for release. But this time, it was on the grounds of his fledgling health. Although many of Mutulu’s supporters had a great deal of optimism and hoped the tide would turn favorably this time, it was not to be so.

On May 16, 2022, despite the massive support Shakur had ascertained, the parole board once again denied Mutulu’s release. According to mutulushakur.com, the ruling read,

“After consideration of all factors and information presented, at this time, the Commission denies your release under the standards at 18 U.S.C. §4206(d) for the following reasons: The Commission finds there is a reasonable probability that you will commit a Federal, State, or local crime if released.”

Appealing to a Higher Court

In August, Shakur’s legal representation took recourse to challenge the United States Parole Commission ruling, which denied Mutulu Shakur his compassionate release. According to his team, despite the gravity of their client’s prognosis and further observation of his worsening condition consistent with his earlier prognosis, he was denied without a rational basis. Shakur’s legal team hoped to appeal the matter by filing a habeas corpus. The habeas corpus argued that the Parole Commission violated Shakur’s constitutional rights in asserting that Shakur posed a threat after a probable release although given proof of diagnosis. The filing outlined the injustice of the Commission’s ruling. According to The Jericho Movement, Shakur’s medical condition, age, positive conduct, acceptance of responsibility, and the Department of Justice’s risk assessment are proof that Mutulu does not fit the criteria under which his appeal was denied.

After hearing the arguments of Shakur’s legal team, whose angle was to use The First Step Act as a basis for argument Senior District Judge Charles S. Haight handed down the ruling. As explained in an eleven-page letter, given a loophole, the First Step Act was inapplicable in this situation. According to a source, the letter read,

“the First Step Act — which Shakur’s attorney cited to justify his release — doesn’t apply to any conviction before November 1987.”

Thus the justification of the denial was based on a weighing of other factors. The source further notes,

“The government does not question the dire nature of Shakur’s present medical condition. However, members of the family of the Brinks employee killed during the crimes of conviction have written to the Court, expressing continuing grief and opposition to any reduction in Shakur’s sentence.”

So, it seems that there will be no compassion for Mutulu Shakur. It seems neither a deadly condition nor proof of rehabilitation is enough for a compassionate release at least not for the moment. So, today not only will many see justice as not only blind but effectively cold. Mutulu will remain behind bars until the end of his sentence, which is reported to conclude in November of 2024.