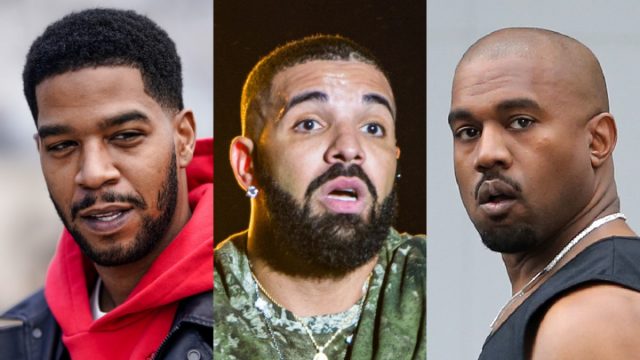 In a recent interview with Esquire, Kid Cudi made some harsh comments on Drake. The rapper discussed his strained relationship with Kanye West, saying that it’s hard to forgive Ye after the situation with Pete Davidson. According to Cudi, the two won’t be repairing their friendship anytime soon.

“With all due respect, I’m not Drake, who’s about to take a picture with him next week and be friends again, and their beef is squashed,” Cudi said. “That’s not me. What I say, I mean. I will be done with you.” He also said that it would take a “miracle” for he and Kanye to squash their beef.

Cudi’s  reference to Drake raised some brows, but the Chicago artist wants to set the record straight. Kid Cudi took to Twitter and specified that he has love for Drake and that no disrespect was intended.

“Just to be clear, I wasn’t tryna throw a shot at Drake. I got love 4 him,” he wrote. “My point I was tryna make is that I’m not so forgiving. Meaning he might be a lil nicer than me in that situation w[ith] dude. That’s all. Maybe that came off wrong thru my words. So yea, all good w[ith] Drake.”

Just to be clear, I wasnt tryna throw a shot at Drake. I got love 4 him. My point I was tryna make is that im not so forgiving. Meaning he might be a lil nicer than me in that situation w dude. Thats all. Maybe that came off wrong thru my words. So yea, all good w Drake. ☺️

Considerably, this isn’t the first time Drake’s name has passed Kid Cudi’s lips. In September 2016, the “Day ‘N Nite” artist name dropped Drizzy in a tweet regarding his biggest haters in the music industry. He also made it a point to include Ye in that list as well.

While Kanye made it a point to squash the beef at a show in Houston a few days later, Drake’s response took a different route. The Toronto rapper launched a series of sneak disses at Cudi, with the lowest of blows coming when Drake poked at Cudi’s history with mental health.

Cudi then responded with tweets from rehab, challenging Drake to repeat the bars to his face. Eventually, the two reconciled, with Cudi even featuring on Drake’s “IMy2” from Certified Lover Boy.