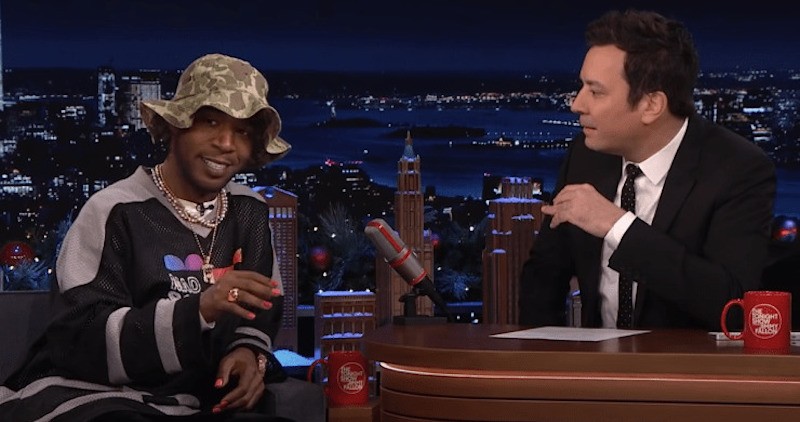 The Tonight Show With Jimmy Fallon recently interviewed the legendary Ohio rapper Kid Cudi. Kid Cudi shared the origin of his  with Jimmy Fallon during the visit. As expected, the story of how he stumbled on the name “Kid Cudi” is far from bland. The highly influential figure also has a lot planned for the upcoming year. He talks about his role in the upcoming sci-fi comedy film Don’t Look Up. In addition, he’ll be releasing two separate albums in 2022.

The Origin Of Kid Cudi’s Name

After being inspired by Lil Wayne, Kid Cudi originally started making music under the “Lil Scott” name. He explains to Jimmy Fallon, “I just was a big fan of Lil Wayne at the time, and we were, like, close in age, so I was like, ‘Oh, this is a young dude doing his thing, that’s pretty cool.’ So it started off with Lil Scott.” The name transformed into “Kid Mesc,” inspired by his legal government name Scott Mescudi. “I thought, you know, using my last name in some way would be cool, so it ended up being Kid Mesc, the first half of my last name, right?”

However, the issues with the nickname’s misinterpreting and mispronunciation frustrated Cudi. He expressed, “People kept confusing it and thinking I was saying, like, Kid Mess. So that would really make me upset.” In hindsight, it probably wouldn’t have been best for Cudi to have continued with the name anyways. However, while recording one of his earlier projects, he stumbled on the iconic “Kid Cudi” name. You can hear him further explain in the video clip interview below:

While Kid Cudi shares the origin of his name with Jimmy Fallon, there’s also a lot more discussed & highlighted in this interview. Cudi is a pioneer for the genre, and his likable personality stands out clearly during this sit-down. Read more of FM Hip-Hop’s featured articles today.