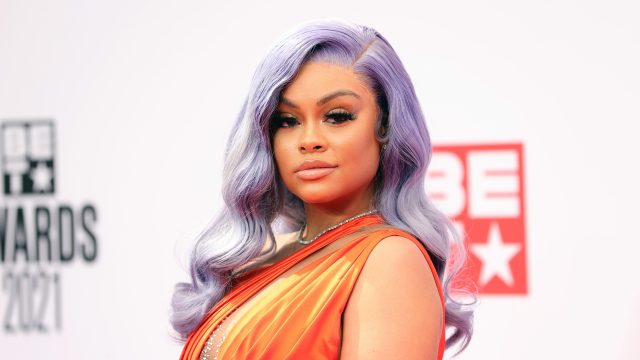 Latto has reached an important milestone with her song ‘Big Energy’. The track off of 777 reached the pole position on the Pop radio chart this week. This makes Latto the first female artist in 12 years to reach the top of the chart.

‘Big Energy’ also reached the top of the Rhythmic and Urban radio charts. Latto joins artists such as Beyonce, Rihanna, Alicia Keys, Mary J. Blige and Mariah Carey who also had #1 hits on all three charts.

The song has also been certified platinum by the RIAA while reaching No. 3 on the Billboard Hot 100 chart. Latto has also released a remix of ‘Big Energy’ featuring Mariah Carey and DJ Khaled.

The Atlanta rapper’s star has steadily risen over the past two years. After releasing “The Biggest”, the first track since her name change, she dropped ‘Big Energy’ in September 2021. The track immediately took off, due in large part to its success on the radio. In November, Latto made her late-night debut on Late Night with Seth Meyers with a performance of the song.

Latto also received nominations for Best New Artist and Best Female Hip-Hop Artist at the 2021 BET Awards. She also had performances at the BET Hip Hop Awards as well as the 2021 VMAs. In addition, she earned a VMA nomination for ‘Sex Lies’.

Her appearance on Chris Brown’s “Go Crazy” remix earned Latto nominations for two Soul Train Awards, as well as a 2022 NAACP Image Award. She was also featured in the soundtrack for Halle Berry’s Bruised with the song ‘The F**k.’

You can watch the video for Latto’s ‘Big Energy’ remix here.