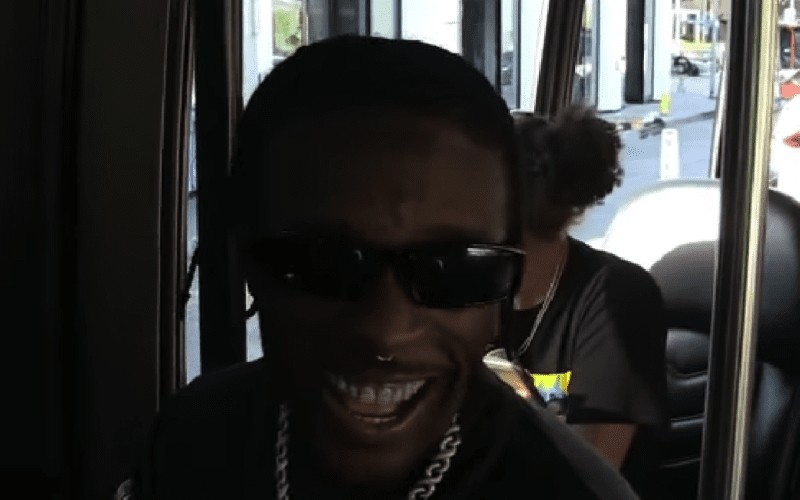 On Monday, footage of Lil Uzi Vert onboard the TMZ bus with some fans began to circulate online. The video showed the rapper posing for pictures and hanging out with fans. It’s unclear how Lil Uzi got onto the bus, but the people on board were ecstatic at his presence.

Uzi attempted to get off the bus, but the doors closed before he could step off. The “7AM” artist looked confused before going back to answering fan questions, mainly about his girlfriend JT.

Videos Emerge From The TMZ Bus

Plenty of videos from the TMZ bus surfaced online of fans questioning Lil Uzi Vert. In one, someone asks, “How’s JT?” to which the Philadelphia native responds, “Good, she’s in Jamaica.” In another clip, Uzi shared his thoughts on people’s criticisms of Jack Harlow, showing love to the Kentucky rapper. “No, he doesn’t have white privilege. He’s signed to Black people,” Uzi said. At the end of the clip, Uzi even acknowledges a fan before finally making his exit from the bus.

Following the release of his latest project, “Come Home The Kids Miss You,” Jack Harlow has been the topic of recent discussion. Many people felt disappointed with the album, citing white privilege as the reason for his success. On top of that, the Louisville native came under fire. The heat is because of the artist’s lack of knowledge about Brandy during a radio quiz. Brandy even dropped a diss track in response to the incident.

Meanwhile, Lil Uzi Vert is still working on his forthcoming project, “The Pink Tape.” Last week, he updated Twitter regarding the album’s status.

“They just tryna hear the real deal and I only let them hear the fake. I am stepping bad on this album and y’all ain’t hear nothin’, maybe a lil but nothin [flame emoji]. Trust me,” Uzi wrote. “Trust me you will be back they always come back.”