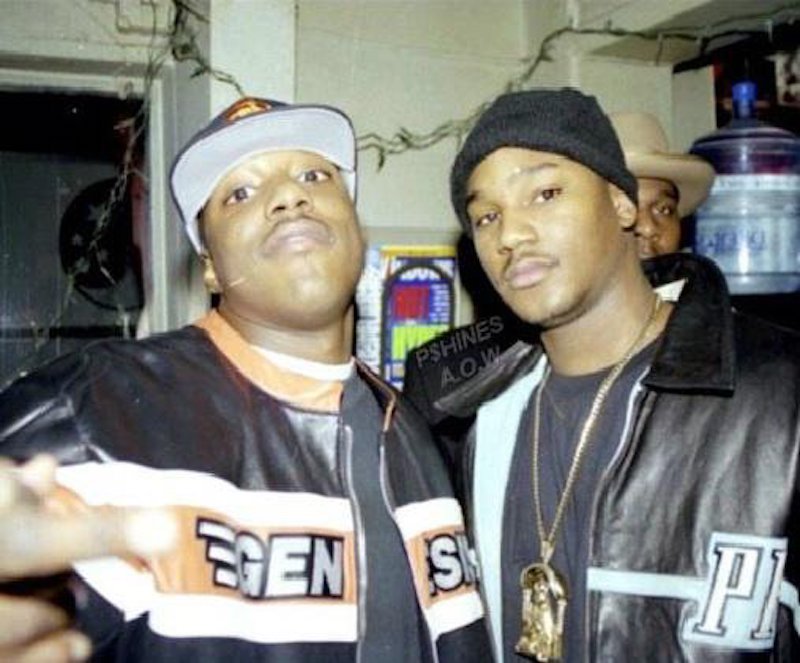 Harlem legends Ma$e and Cam’ron have held a grudge for decades, but it appears they’ve recently buried the hatchet.

The Game and 50 Cent, Gucci and Jeezy, Nas and Jay-Z. The rap game has certainly had its fair share of long feuds. Among them all, Ma$e vs. Cam’ron is perhaps the most vicious. The pair have been trading blows since the late 90s. However, the tide may be changing.

How it All Started

With two New Yorkers, pride and ego are at an all-time high. That’s precisely the case with Cameron and Ma$e, who both hail from Harlem. They go back to childhood, hooping on the same team at Manhattan Center High School. From there, Cam and Ma$e formed the rap group Children of The Corn with Big L, which has boosted in popularity ever since. While their careers would advance, their friendship began to suffer.

When Ma$e retired from the rap industry in 1999 to pursue a career as a pastor, Cam publicly disapproved. In a 2004 Hot97 interview, following the announcement of a comeback album from Ma$e, Cam and Jim Jones joined the call. Things quickly heated with the Dipset members questioning Ma$e’s story, calling him a “fraud” and liar.

Things Get Ugly With Cam and Ma$e

Of course, from that point, the diss tracks started rolling in. “Take ‘Em to Church’ on Cam’s “Purple Haze” album takes aim at Ma$e. In the song, Cam and Juelz Santana mock his return to rap and his faith.

“Everybody Welcoming this, Welcoming that / He wasn’t welcome in the first place, how we welcome him back?”

“Do Harlem a favor, get a church or something,”

A couple of years after “Purple Haze,” Cam further confirmed his disdain for Ma$e in an XXL interview. “I’ll never speak to Mase again.” He told Bonsu Thompson. If you think time heals all wounds, think again. As recently as 2017, Cam’ron shaded his former friend in his music. On his mixtape “The Program,” he raps about the failed reconciliation between him and Ma$e.

He also boldly references rumors of fellow Harlem figure Baby Maine being the one to initially run Ma$e out of town.

“I watched him play Pop Lotti against Baby Maine / At this time, I’m moving heroin in Maryland / They both died, and this n***a turned reverend.”

In a surprising turn, after years of taking the high road, Ma$e finally responded through song. In “The Oracle,” the 46-year-old defends himself against all the claims made over the years. He also questions Cam’s own street reputation.

“Imagine 20 years with a bitter bitch and same the drama/Dame told you do this shit and you don’t see Dame karma.”

“Much dirt as I got on you, don’t even need no research/My hand filthy, heart guilty, niggas like me need church/Tax know you as the nigga that snitched on the Roc/D.C. crips only know you the nigga they shot”

“You done opened up a door, I’m petty, ready for war/I ain’t got a sister, only sister I fucked was yours/I know the bars off The Program touched you/How you mad at me, though, you let Mr. Royce touch you (facts).”

Following this, a social media battle ensued. Both rappers walked away feeling like the winner, and obviously, neither wanted to concede. “We’re not cool,” Mase confirmed. “I shook his hand cause I won. That’s it. As a man, that’s what you do after you win unanimously.”

That latest spat happened 5 long years ago. Since then, it seems both men have decided the drama isn’t worth it.

This past Monday (Aug 1), mase got reflective on an episode of Million Dollaz Worth of Game. While chatting with Gillie Da Kid and Wallo, mase expressed regret over his feud with Cam. “That’s one of the relationships I regret. I think I got two that I regret, and going at Killa, I wanted to do that, but that was like my n*gga, you know what I’m saying? So that really hurt me.” He admitted.

Apparently, Cam felt the same way. In an Instagram video posted by the Ma$e’s sister, the two former teammates speak on the phone and appear friendly. “Killa, what’s good?” Mase says with a grin.

He then cleverly references one of many last disses aimed at him. “Where’s Mr. Petty at these days?” Speaking on a particularly biting line from ‘dinner time’: “You done opened up a door; I’m petty, ready for war.”

Ma$e’s sister, Stason Betha, was just as surprised as fans at the duo repairing their relationship. “Ok now @rsvpmase and @mr_camron I DEFINITELY DID NOT SEE THIS COMING, but I’m here for it!!!! Smh y’all gotta stop with this nonsense or I’m swinging on both of y’all,” she typed.

With this, an extremely long chapter in the book of New York rap beef of Ma$e and Cam’ron is ending.