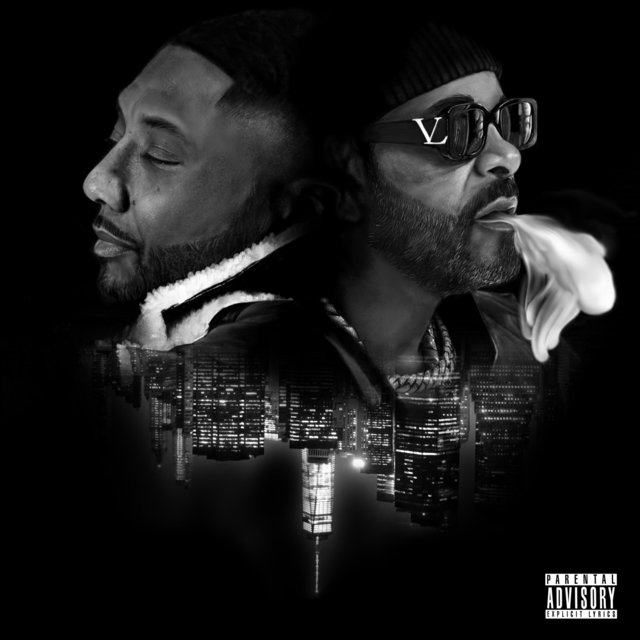 The Lobby Boyz Dropped May 27th.

Jim Jones and Maino have formed a duo, The Lobby Boyz!  Their self-titled album came out last week; just in time for the summer!  The New York veterans came together to remind us what they can do on the mic.

The album starts off with “Project Baby”.  It’s a reflection song as Maino starts off by describing his hood and what him and his people go through in Brooklyn.  Jim Jones continues what Maino is saying describing his hood and how he grew up in Harlem.  Over the smooth beat, he touches on not having a father to being a great father to his son.  The best thing about all of this is that they made it out of the projects making better lives for the people around them.

The “Lobby Boyz Anthem” is an anthem for NY with the New York duo rapping over Jay-Z’s “Where I’m From” beat.  Lyrivelli sings on the chorus, “Lobby Boyz had to hustle hard the long way”.  If you can identify with that, you may be a lobby boy yourself.  The New York veterans embody the New York sound on “BK & Harlem” as well.  On a classic sample that many rappers have went off on, Maino and Capo trade verses like Jadakiss and Styles P.  This album sounds New York from the beats to the features.

Jim Jones and Maino makes sure this album is New York!  On “Praying”, old New York meets New New York as Benny the Butcher jumps on the track.  He fits right in with the veterans sounding like he’s been in the game just as long as them.  Maino grabs his Brooklyn brother, Fivio Foreign, for “Slide”, which might be the hit off the album.  With the hottest New York rapper right now, the trio create a drill type song bound to heat the Summer up!  Bleu, formely known as Yung Bleu, makes his appearance on the album on “Babysitter”.  The hot R&B artist helps Maino and Capo make a song to ride to.

Finally, the honorary Lobby Boy, Fabolous gets a verse on the album.  We all thought Fab would be a part of The Lobby Boyz too, but good thing they nabbed him for “No Bobby V”.  Ironically this song is titled “No Bobby V” while rapping over Bobby Valentino’s “Tell Me”.  I can see this song being a hit from the album as well.

the lobby boyz slide record may just be the summer anthem.

On “King of the City”, Maino and Jim Jones grab “Gyalis” singer Capella Grey for the hook.  Hailing from the Bronx, Capella Grey helps make a song perfect for riding around the city with your lady.  Young Brooklyn rapper Young M.A. delivers a verse on “One Day” over the classic Wu-Tang beat while the New York veteran Styles P produces on “Die Young”.   Jim Jones grabs fellow Harlem rapper Dave East to be a guest on “Never Take Me Alive”.  All three rappers write great verses over the famous sample, “Living Inside Your Love” by Earl Klugh. Rappers like J.Cole and Fabolous have made songs using this sample as well.  There’s no doubt you’ll leave this album saying this is a New York project!

This album is loaded with great beats and samples, especially from the 90s!  As, I mentioned earlier, the “Lobby Boyz Anthem” samples Jay-Z’s “Where I’m From”.  On “Climb Back”, Jim Jones and Maino sample Luniz’s “I Got 5 On It”.  They also use another Jay-Z beat, “Do It Again”, on “Off the Leash”, keeping the same chorus scheme as both artists put their spin on it.  They took these songs and made it their own creating a sense of nostalgia.  Hip hop fans who grew up on 90s hip hop will certainly appreciate these songs.

Overall, this is a good album.  I appreciate two New York legends coming together to create a piece of art.  They were able to bring us back to the 90s with the samples they used, but also able to make it feel new.  Jim Jones has been the best rapper in New York since 2017 and Maino rarely disappoints on a verse.  It was a surprise to see these two do a project, and I’m sure it won’t be their last.