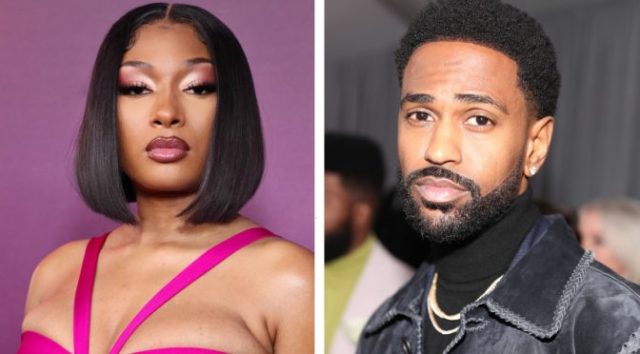 According to Hot New Hip-Hop, Big Sean and 2 Chainz were featured in Meg’s song “Go Crazy.” The track was reportedly stolen and may result in a heavy lawsuit. Duawn Payne whose stage name is Go Hard Major, and Harrell James who goes by H Matic, claim the single was copied off one of their earlier songs. The source reports that Megan and Sean were both sued along with 1501 Certified Entertainment, and Universal Music. Payne and James accused the song makers of stealing their song “Krazy.” Reports claim the track was made in 2012 and was released on ReverbNation.

The pair stated at the time they used to perform in their city and give out CDs of their music. Big Sean also happens to be from Detroit causing the two to believe he may have stumbled across their music. The lawsuit reportedly reads,

“The sale of thousands of physical copies of CDs featuring the Copyrighted Work on the streets of West Detroit and the parking lots of hip hop clubs in West Detroit frequented by [Big Sean] provide further access of the Copyrighted Work to Defendants. Upon release, the Infringing Work sold reportedly 100,500 units for the first week of its release. Since the debut, the Infringing Work has reportedly gone platinum, meaning more than one million copies have been sold.”

Although it is unclear what Payne and James are seeking in damages from this case, the two reportedly sent both Megan and Sean cease and desist letters, however, there was no response.