Motown artist, producer, and songwriter Lamont Dozier has passed away at age 81. His son confirmed his father’s death via Instagram. The cause of death is currently unknown. Dozier is primarily known for being the mastermind between some of Motown’s greatest hits. He and his songwriting peers, Brian and Eddie Holland, were responsible for producing 25 no. 1 hits.  Some of those hits include Marvin Gaye’s “How Sweet It Is (To Be Loved By You)” and “Stop! In The Name of Love” by The Supremes. 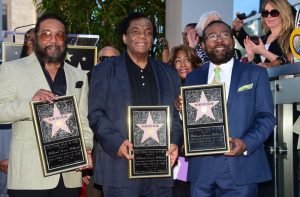 Dozier, though known for his association with Motown, found success out of the Detroit label. In the 1970s, he moved to California, and began writing for Warner Bros., Arista Records and Columbia Records. In the 1980s, he took his talents to England, where he penned hits for acts like Simply Red. The Rock and Roll Hall of Fame inducted Dozier and the Hollands in 1988. In the later half of his career, he continued producing, but mostly focused on his own work.

In addition to being the backbone to many hits in the 1960s, Dozier left quite a mark as an artist himself. And his legacy has lasted for decades as his music influences younger artists as well, many of them being rappers. For example, artists like Nipsey Hussle and Ghostface Killah sampled 1974’s “Shine.” Other notable hip-hop artists sampling his work include Remy Ma, Trippie Redd, Outkast, and Faith Evans. Alternative hip-hop groups, like Linkin Park and The Avalanches, utilized his discography as well.

Lamont Dozier’s time on this earth has passed, but his presence in the music industry remains for years to come. His wife passed last year. They leave behind kids Michelle, Michael Renee, Beau Alexandre, Paris Ray, Desiree, and Lamont Jr.