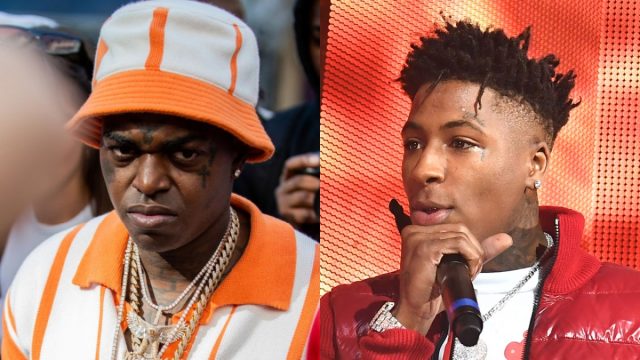 NBA YoungBoy has fired back at Kodak Black after the latter disrespected his fans. Earlier this month, Kodak went on a rant in which he called YoungBoy’s fans “irritating”. Needless to say, the Baton Rouge rapper didn’t appreciate the remark.

NBA YoungBoy took to Instagram on Thursday to offer his response to Kodak’s insult, stating that he won’t tolerate any diss toward his fans. He also claimed that his latest project, The Last Slimeto, will be his last album.

“To be honest I really don’t care about this being my last album,” the “All In” artist wrote. “I finally can say I completed something. I ain’t finish school. I never finish nothing but my smoke…but nah gangster I then shredded tears from the way y’all been doing me but it’s all for the better. Tell [Lil] Dave and my grandma I completed something and I’m doing fine.”

Bra I like YoungBoy music,” the “Super Gremlin” rapper tweeted. “It’s just this n***a fans homie! Or whoever tf behind all this #YBBetter sh*t. That sh*t be irritating and can’t nobody else say they don’t feel me. A n***a too real, I ain’t hating on no f****n body, I just say what everybody else scared to say.”

After the rant, Kodak announced that he would be deleting Twitter due to being tired of “pu**y a** sh*t.”

However, this isn’t the first time the two rappers have exchanged words.

In April of 2020, Kodak accused YB of cooperating with Houston PD after Floyd Mayweather’s daughter (and YoungBoy’s former girlfriend) Iyanna, was arrested for allegedly attacking Lapattra Jacobs, the mother of YB’s child. Eventually, YoungBoy went on Instagram Live to address the allegations. During the live, he also revealed that he already bailed Iyanna out of jail.

“[Kodak] say I cooperated,” YoungBoy said at the time. He then brought Iyanna onto the live. “For what, you stupid b*tch? ‘Bout my wife?! Iyanna, get up. Come here. You talking about this girl right here? You talking about my wife? Inside my house that I pay for? Tell me why this n***a spoke on me from jail. Why the f**k you even watching me from jail? Man, you is a b*tch! This n***a gonna say I cooperated with the police.”