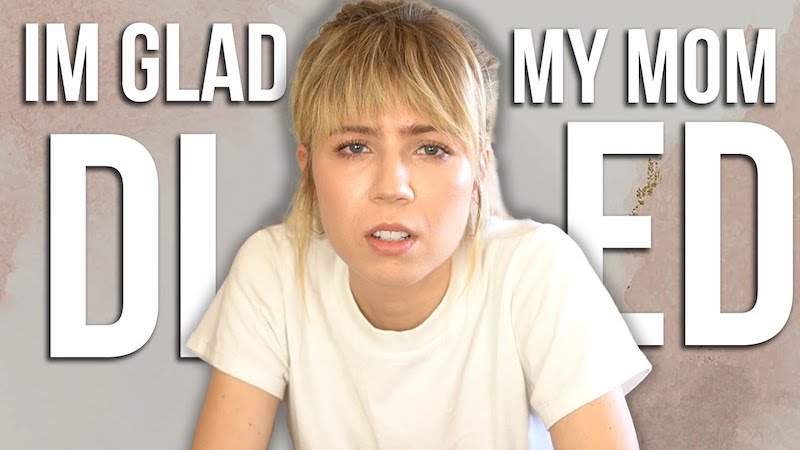 This former Nickelodeon star is bearing all and revealing some extremely dark details about her past as a young actress.

Jennette McCurdy had some famous days on Nickelodeon alongside Miranda Cosgrove on the smash hit sitcom “iCarly.” Almost immediately following its premiere in 2007, “iCarly” exploded in popularity and repeatedly broke rating records for the network. But behind all the success was a long-suffering Jennette McCurdy. According to McCurdy, she was the victim of severe abuse at her mother’s hand and from Nickelodeon’s figure dubbed “the creator.” Her recent memoir “I’m Glad My Mom Died” is chipping away at the squeaky clean image this company has maintained for decades.

After the cancellation of “Victorious” and “iCarly,” Ariana Grande and Jennette McCurdy were given a spin-off titled “Sam and Cat.” After only one season, the show received dismal reviews, booting from Nick’s lineup.

One of the more disturbing excerpts from Jennette’s memoir involves some alleged bribery. The book details when McCurdy found out “Sam and Cat” had been canceled. On a conference call, several managers, agents, and lawyers allegedly offered McCurdy $300,000 for not discussing her time on Nickelodeon. “They’re giving you three hundred thousand dollars, and the only thing they want you to do is never talk publicly about your experience at Nickelodeon,” the 30-year-old wrote. She adds, “specifically related to The Creator.”

McCurdy clarifies she swiftly turned down the money, but not without some conflicting feelings. She takes explicit shots at Nick’s execs, who she accuses of knowingly allowing abuse to occur. She pens, “Nickelodeon is offering me three hundred thousand dollars in hush money to not talk publicly about my experience on the show? My personal experience of The Creator’s abuse? This is a network with shows made for children. Shouldn’t they have some sort of moral compass? Shouldn’t they at least try to report to some sort of ethical standard?”

All Eyes On Nickelodeon

At this time, Nickelodeon hasn’t released any official statement in response.

The claims are shocking, but the bribe is only the tip of the iceberg. In “I’m Glad My Mom Died,” Jeanette discusses a dinner she had with “the creator” after “iCarly’s” cancellation. McCurdy says “the creator” made her feel uncomfortable with an unwanted shoulder “massage” and coerced her into underage drinking. “I want to say something, to tell him to stop, but I’m so [it’s scary to offend] him,” McCurdy confessed.

Jennette McCurdy never officially identifies “the creator” in her memoir, but many have already made a connection. Dan Schneider is the creator of “iCarly,” “Sam and Cat,” “Drake and Josh,” and several other extremely successful Nickelodeon shows. Schneider is somewhat responsible for Nickelodeon’s most profitable properties, starting with “All That” in 1994. However, Schneider is equally famous for rampant child abuse rumors. In the years following the cancellation of Schneider’s shows, viewers have taken notice of some red flags. Over time former fans have compiled creepy clips of scenes within Dan’s work. “iCarly” & “Victorious” particularly seem to dominate these videos. Specifically, the prevalence of foot-related jokes and young characters in sexual situations have raised eyebrows. While the rumors involving child actors have never confirmed, McCurdy’s memoir puts it under the spotlight.

McCurdy also revealed that “the creator” has faced reprimand on set at some point. According to her, the child actors could not communicate with “the creator” as his punishment.

“I appreciate the amount of trouble he’s…in,” McCurdy clarified. “The Creator sits in a small cave-like room off to the side of the soundstage, surrounded by piles of cold cuts, his favorite snack, and Kids’ Choice Awards, his most cherished life accomplishment.”

It’s very much worth noting that Nickelodeon fired Dan Schneider in 2018. The firing was due to an investigation that found evidence of verbal abuse. The investigation revealed that Schneider would text coworkers for “massages” and text child actors after filming hours. However, no evidence of sexual abuse was found, and Schneider denied the claims in a 2021 The New York Times interview.

You can purchase Jeanette McCurdy’s memoir “I’m Glad My Mom Died” on Amazon and Audible.