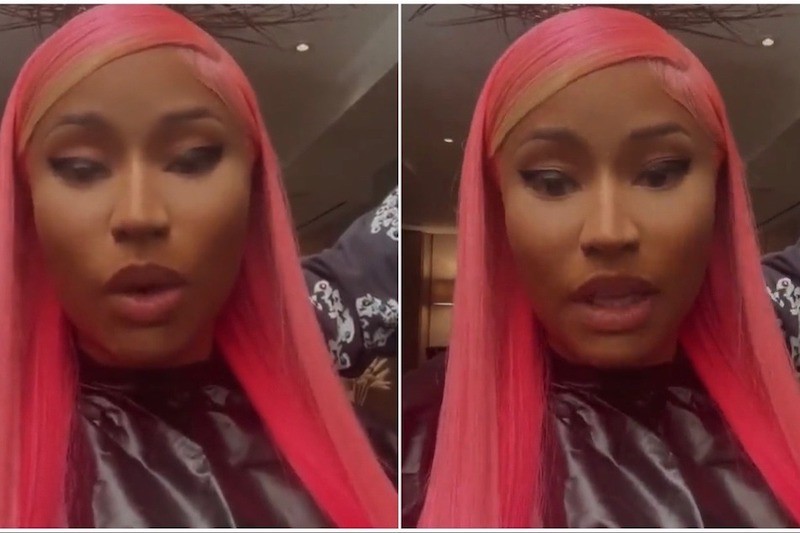 Nicki Minaj is known for repeatedly addressing wild drama and for being a good sport.

Headlines surrounding New York icon Nicki Minaj have been chaotic lately, to say the least. On Aug 1, a woman who calls herself Nicki Minaj’s ex-assistant posted some severe allegations on her Instagram story. The “Kate Miller” account then quickly caught everyone’s attention. Amongst all the salacious claims made about Nicki, some of the most shocking were $173 million in unpaid taxes and her husband Kenneth physically abusing her. Moreover, the “ex-assistant” also judged Nicki’s relationship with Cardi B, Beyonce, Meek Mill, Drake, and Rihanna.

1/18
Nicki fired her assistant and the DRAMA -thread

Don’t @ me no nonsense cause I won’t respond cause I’m not a fan I’m just watching the ☕️ unfold pic.twitter.com/V5jO9V8I94

The mysterious Nicki Minaj’s assistant also claimed Kenneth said something to her in private that “still gives [her] chills.” Kenneth Petty has plenty of controversy surrounding him, as he was previously went to jail for attempted rape and manslaughter. It seems Miller’s posts mainly aimed toward Kenneth and the allegations already following him.

This Wednesday (Aug 3), Nicki went live on Instagram to condemn people for believing rumors. “People are this fucking dumb,” she said. “People are really believing that I got somebody that work for me and now they spilling tea. Chile. But it’s not even that; it’s the tea sound so fucking dumb, and for a person to believe it, you would have to be dumb,” Nicki continued. She then proceeded to debunk the claims made about owing the IRS money.

Nicki Minaj calls cap on the person claiming to be her ex assistant 🧢👀 pic.twitter.com/pfDsMbpMnD

“It’s clearly a kid. Do you know how much money you have to make to owe that amount of money to the IRS? … Like, come on. What? Get off of my sweet Trinidadian pussy. I really need y’all to either get a job, invest in yourself and your future.”

Now, after all the dust has settled and the now deleted account was confirmed to be fake, Nicki is making things right.

The woman whose image was also an avatar for the fake account hopped on Twitter this week to defend herself. “To be clear: I have never had a secret life as the ‘ex-assistant’ of @NICKIMINAJ,” Megan Bettencourt typed. “Someone stole my photo and used it in a fake account. Fraudulent impersonation wasn’t the way I envisioned being mentioned in @Newsweek, but hey, scammers gonna scam.”

Nicki then swiftly responded to Bettencourt, likely disapproving of the wave of hate she’s received since the fake posts. “Ok you know TF what? well hey, if you ever need a job hit me up” Minaj replied. “I feel bad. but hey cheers to Newsweek! Always a silver living. i-i guess?”

Megan hasn’t replied publicly but who knows, perhaps the conversation continued in the DMS. If Nicki’s offer was valid, it’s one good thing to come from this strange controversy.