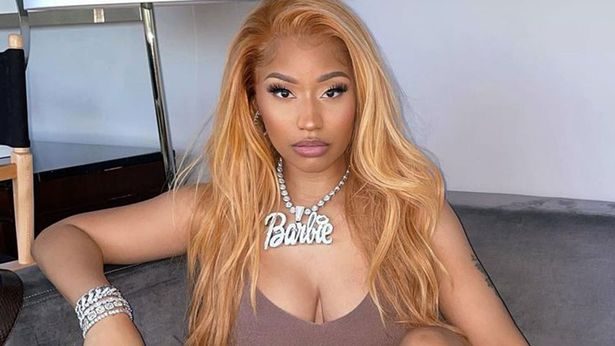 The queen of rap, Nicki Minaj, is trending again, but this time she finds herself in some heated water. On Monday, August 1st, an Instagram account claiming to be Nicki’s former assistant went viral for spilling some intense tea about the rapper.

According to Hot New Hip-Hop, the account under the name, Kate Miller, made numerous Instagram Stories with the goal to expose Minaj. In her first post, she says, “I am Onika’s ex-assistant who she fired for absolutely no proof of fraud with her bank account.” The user explains she will be exposing all the files she has from working with the artist along with voice messages Nicki had sent her regarding many different people. She went on to add that the “We Go Up” rapper owes the IRS $173M in unpaid taxes. She also alleges that Minaj paid for her upcoming single “Freaky Girl” to appear on the charts, and even exposes her son’s name, Amadeus Cyril Petty as well as calling out her husband, Kenneth Petty. The account also goes on to spill more gossip involving artists she’s worked with such as Drake, Lil Wayne, Cardi B, Arianna Grande, Coi Leray, and more.

1/18
Nicki fired her assistant and the DRAMA -thread

Don’t @ me no nonsense cause I won’t respond cause I’m not a fan I’m just watching the ☕️ unfold pic.twitter.com/V5jO9V8I94

Nicki fires back, “I Am Mind Blown!”

Later on in the evening, Nicki finally went live on Instagram to defend her name, shutting down those rumored allegations. “Every day I learn that y’all getting dumber and fu*king dumber.”  She continues to say how mind blown she is that people are so dumb. She says, “People are really believing that I got somebody that work for me and now they spilling tea. Chile. But, it’s not even that. It’s the tea sound so fu*king dumb, and for a person to believe it, you would have to be dumb. It’s clearly a kid.”

Although we don’t know if the allegations are true, twitter has quite a lot to say regarding the recent drama. Check out what the internet and the barbz had to say below.

This nicki Minaj assistant stuff is interesting but weird .. put it like this .. if u only expose someone when ur cut off … what does it say about u… u stayed quiet once u were paid up ignoring evil stuff. Now u stopped getting paid and u wanna expose everything because …??

The narrative that Nicki Minaj fired her assistant is FAKE news. I'm not even a Barb but this is pretty obvious. The fake assistant is apparently "airing her out on IG live" and has leaked papa bear's name and revealed that Nicki owes $173M to the IRS. Again, it's fake.

Y’all don’t think it’s a lil weird that somebody comes out claiming to be nicki Minaj’s assistant right when she’s about to drop a new single??? It’s giving sabotage but what do I know

So we’re gonna sit here and act like #NickiMinaj hasn’t been defending her sexual predator man and brother for like years? Her “assistant” didn’t have to say much like this is public knowledge! Her fans don’t care 💀