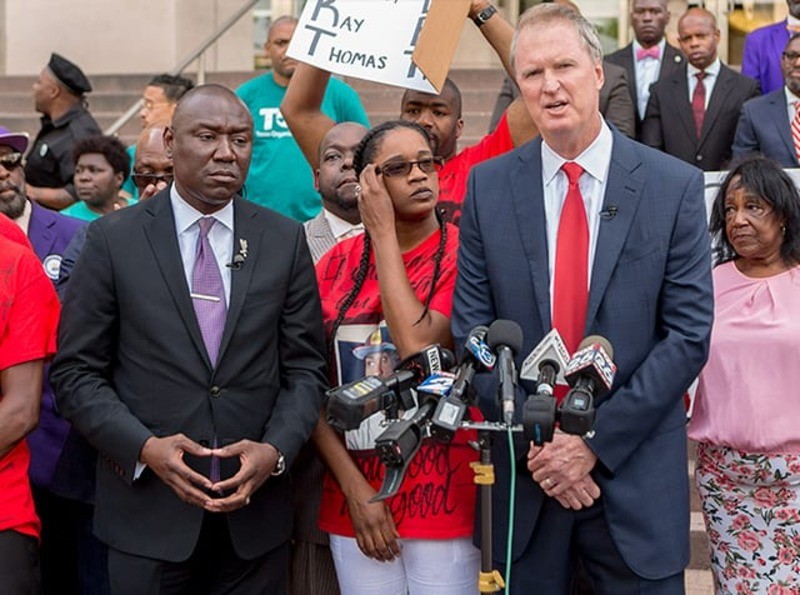 The fight is not over yet! Authorities in Florida are seeking a fine of at least $250,000 against an amusement park operator after Tyre Sampson, 14, died after falling from Orlando’s Slingshot “Orlando FreeFall ride” at ICON Park in Orlando, Flordia.

On Mar 24, the eighth-grader visited ICON Park with his football team. While on the ride, Tyre slipped out of his seat, damaging his head.

Orlando Eagle Drop Slingshot LLC, the operator of the Orlando FreeFall ride, is the target of an administrative complaint from the state agency responsible for inspecting amusement rides, the Florida Department of Agriculture and Consumer Services. In the complaint, it is alleged that several state regulations governing the operation of amusement park rides and the necessary training of employees were violated.

FDACS commissioner, Nikki Fried, stated in a press conference on Tuesday that Tyre’s fall resulted from changes made to the ride by its operator.

“We are seeking an administrative fine exceeding $250,000,” Fred said. “One of the most significant administrative fines the department has ever sought, and a permanent revocation of the ride’s operating permit in the state of Florida.”

Yarnell Sampson, who still mourns the loss of his son Tyre, speaks out following the announcement that the Slingshot Group will have to pay a fine. Watch the news clip below for more details.

Furthermore, at Tuesday’s press conference, Thompson stated that the “significant” fine is to come. It would serve as a “warning” to other amusement park ride operators. Those not adhering to the laws in Florida will have consequences.

Avoid disregarding safety guidelines at all costs. An accident is likely to occur at any given moment. In addition, just because it rarely happens at a particular location doesn’t mean it won’t. In every situation that presents a risk, it is essential to consider the level of preparedness.

Moreover, on Nov 22, personal injury attorneys Ben Crump of Ben Crump Law and Bob Hilliard of Hilliard Martinez Gonzales issued a statement. It came in response to an announcement by the Florida Department of Agriculture and Consumer Services. In addition, the announcement confirmed that the department would initiate an administrative complaint against Orlando Eagle Drop Slingshot, LLC, a ride operator and owner responsible for the death of Tyre Sampson.

“Today’s news from the Florida Department of Agriculture and Consumer Services is a significant step toward full accountability for those responsible for Tyre Sampson falling to his death earlier this year,” the attorneys said. “This week, Tyre’s family will experience their first holiday season without him. His family will always have an empty seat at the table. That anguish deserves accountability in the highest sense from the entities responsible for this tragedy.”

Accountability does not constitute a personal attack on anyone. Instead, it is to instill the idea of taking responsibility when one is wrong. Also, it will aid a person in demonstrating maturity, ownership, and compassion.

Sadly, Tyre is no longer with us. However, his family has not given up on him even after his death.

RELATED STORIES: ‘Orlando FreeFall Ride’ At ICON Park Will Be Taken Down After The Death Of A Teenager