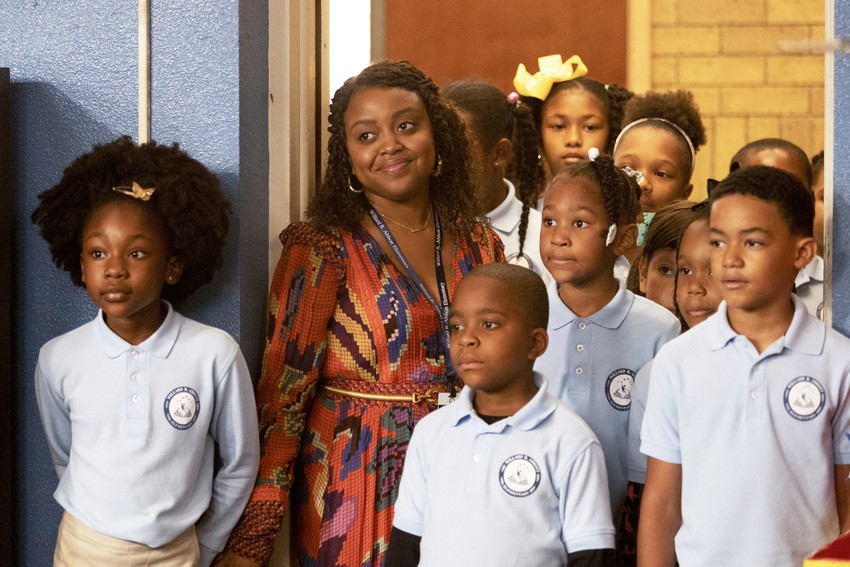 After the tragic mass shooting at Robb Elementary School in Uvalde, Texas, that left 19 children and two teachers dead, people are sharing their thoughts via social media. Some of these people reached out to Abbott Elementary creator, writer, and actress Quinta Brunson. They flooded her DMs and Twitter replies, asking her to make an episode of the show about a school shooting to raise awareness. However, this caused discomfort for Brunson and fans of the show.

wild how many people have asked for a school shooting episode of the show I write. people are that deeply removed from demanding more from the politicians they’ve elected and are instead demanding “entertainment.” I can’t ask “are yall ok” anymore because the answer is “no.”

Brunson then posted a screenshot of one of the messages she received. The message contained a suggestion for the future series finale. The person whose name, Quinta censored, suggested a school shooting episode would “get our government to understand why laws need to pass.” Abbott Elementary is a lighthearted show about an underfunded and predominantly Black school in Philadelphia. The show centers around a small group of staff figuring out a way to run the school on a budget. Fans look to the show as burst of joy and Black representation.

The shooting at Uvalde is the 213th mass shooting of the year. It also happened  after last week’s racially motivated mass shooting  in Buffalo. “Please use that energy to ask your elected official to get on Beto [O’Rourke] time, and nothing less. I’m begging you. I don’t want to sound mean, but I want people to understand the flaw in asking for something like this. We’re not okay. This country is rotting our brains. I’m sad about it,” said Brunson. Her Beto reference seemed to refer to Beto O’Rourke showing up to Gov. Greg Abbott’s press statement about the shooting.

“This is on you until you choose to do something”: Beto O’Rourke confronts Gov. Abbott at briefing on Texas elementary school shooting. https://t.co/RdYLvfum24 pic.twitter.com/bqbQXTPm6O

Stars Lisa Ann Walter and Sheryl Lee Ralph also reacted to the shooting. “Now I lay me down to sleep and all I can think about is the families who lost a child today in another senseless act of gun violence! When will enough be ENOUGH?!?!” posted Ralph.