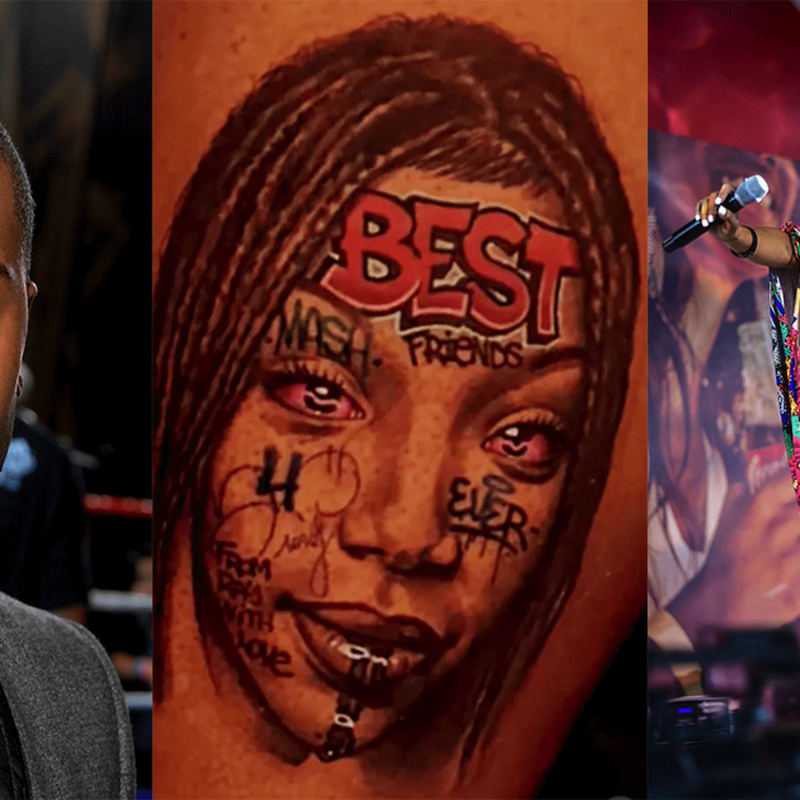 Ray J isn’t keeping quiet as some disapprovals meet his new tattoo, with the sister, Brandy, on his leg.

The singer is not done yet with his intention – “full leg tatt – “I had to start with my best friend!!” he said. Ray J is not looking for approvals as he is out to get his whole leg “tatted with – music- love – scriptures – the vocal Bible – family- ghosts – positive words and themes.”

If there are dislikes for his new tattoo, Ray J doesn’t care. What matters to him is love, and he loves his sister, Brandy, for her role in his life.

Ray J’s elder sister, Brandy Norwood, is a model, songwriter, singer, and actress who also goes by the title “the Vocal Bible.”

Brandy, whose songs include “I do it for you” and “Best Friend,” has been playing the role of “big sister” to Ray J. It actually goes beyond the family walls, well into the entertainment industry.

The “let it go” and “one wish” singer recently unveiled his new tattoo. Equally important is that it displays a red-eyed image of Brandy with a “Best Friends” caption on his leg. That has continued attracting several comments.

Consequently, Ray J has dismissed it as the artist’s style.

What Really Matters to Ray J

In fact, the singer, actor, and television personality wants to use the tattoo to appreciate Brandy. Ray J’s sister has been helping him tag along and get to the top in the industry. Ray J, therefore doesn’t have an apology for anyone unhappy with the tattoo. “My leg is my leg,” he told TMZ.

Moreover, it could also serve as a way of projecting the relationship with Brandy. For instance, those unaware that the two top performers are siblings, as was the case recently with American rapper Jack Harlow.

Again, for Ray, the most important thing is that he loves his sister, and love kills hate.