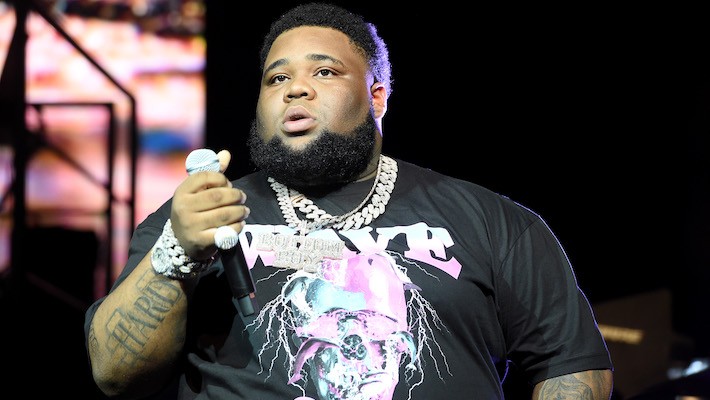 On Monday, May 2nd, Rod Wave was arrested and booked into Pinellas County Jail, where he was charged with battery. As of May 11th, the Florida rapper was accused of strangling his ex-girlfriend while the children were present.

JUST IN: Rod Wave has been accused of choking his girlfriend while kids were in the same house‼️ pic.twitter.com/2jpODCF4pe

According to Hip Hop DX, the 23-year-old rapper was accused by his ex-girlfriend, of breaking into her home. She claims the incident happened on April 24th when he choked her “until she couldn’t breathe” as he felt she was talking to other men. Wave then came back to the property a second time and suspected his ex of taking his phone. Before leaving, she claims the rapper kicked in her storage shelves and threw two photo frames across her property.

It was reported that when the incidents occurred their two daughters were asleep in their own bedrooms. Although the rappers ex declined medical treatment reports states she was left with a scratch “near the left center of her neck.” Rod Wave was accused of choking his ex-girlfriend.

Rod Wave had been released from the Pinellas County Jail on a $5,000 bail, following his May 2nd arrest. Wave has pleaded not guilty to the felony battery charge as he is currently awaiting trial. After his previous album Soulfly went number one, the recent incident may turn some heads on Wave’s upcoming album, Beautiful Mind.  Earlier today, May 12th, the “Heart On Ice” rapper announced on Twitter then shortly deleted that he’s pushing back his album to June 10th while sharing a preview of new music.

Wave raps, “Okay, Im done, I’m finally finished I turned my album in Monday, I hope you can feel it. You know this life that I’m living, get so much hate and I’m busy. Try to balance my love life, and handle my business. ” Check out his new freestyle below.