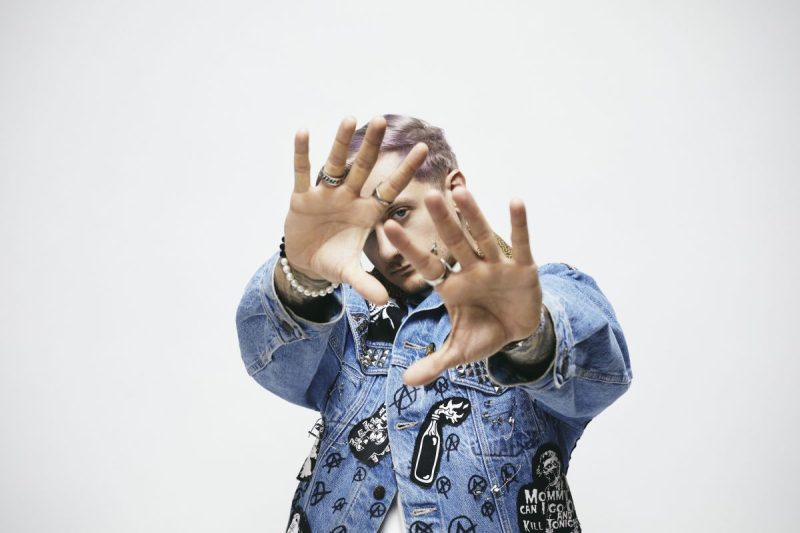 Musicians whose songs express their feelings are destined to be heard by listeners. Storytelling is an art that everyone enjoys. In a recent interview with FMHipHop, Los Angeles rapper Ryan Oakes discussed his new forthcoming album, his popular singles, his rap career, and much more.

Oakes was born in Fairfax County, Virginia. After moving to Leesburg, Virginia, he remained there for five years before moving to Los Angeles. Recently, Ryan was signed by an independent music label based in Los Angeles called “Position Music.”

As a youngster, the “2 am” rapper faced several challenges. One of those challenges was finding the appropriate outlet. Thus, at twelve years old, he began “lifting weights,” which helped. However, there were some aspects he could not overcome.

Significantly, taking part in physical activity can help reduce stress. Nevertheless, more must be done if the desired results are to be achieved.

Aside from that, Oakes vividly recalls his childhood days of “being bored on YouTube” and discovering Eminem’s “Till I Collapse” video. As the Virginia native was experiencing a bad day, he reflected on how it must feel good to get on a track and let stuff off your chest. That led him to try the method and never look back.

Furthermore, the 27-year-old began producing beats on Garageband (a music production program) with friends. They started making parodies similar to those of Weird Al. With maturation and a commitment to his art, Ryan developed into a better artist over time.

Oakes has built a remarkable career in less than a decade. His resume includes 300 million total streams, one million+ monthly Spotify listeners, and 20 million+ song impressions on TikTok. With his sleeper hit “Drinking About You,” the LA-based rapper has accumulated more than 40.4 million Spotify streams.

Additionally, Oakes has earned a substantial following with releases such as “NUMB” and “HELLBOY.” Radio One and SiriusXM have praised his fusion of hip-hop and pop-punk. However, his passion for being revered as a full-fledged MC is evident in his single “WAKE UP.”

A music video for “Wake Up” depicts Oakes in a full-blown Hannibal Lecter avatar while living in a psychiatric hospital. Throughout the track, the rapper bodies the beat with cuckoo flows slapped with power while a thumping bass line rocks it like a hard blow to your face.

Essentially, the song serves as a visual alarm to indicate that Ryan Oakes will not be going anywhere anytime soon. As shady businessmen and evil surgeons torture Oakes, the powerful narrative follows Oakes’s long, torturous journey in a straight jacket.

In addition, the rapper used a conceptual approach behind the single “Wake Up.”

“Feeling like the industry’s best-kept secret. As an independent artist prior to inking my new deal with Position Music, I self-released nearly 250 songs and pulled in roughly 300 million streams.”

Despite receiving recognition for his music, Ryan stated that most people are unaware of his work. “So I wrote that song inspired to really give them something to talk about so they’d “Wake Up,” said Ryan.

“WAKE UP” came out on Friday, October 7.

His Upcoming Album: What You Can Expect

There will be a variety of styles available on the upcoming album. “There’s hardcore rap for the OG Ryan Oakes fans, hard-hitting rock and punk tracks for the newer fans that found me through that stuff, and a little taste of pop in there as well,” said the rapper. “Big shout out to my producers on this one. No one is mixing genres as well as we are, and most of that credit goes to their immense talent and patience when trying to craft a new sound.”

Moreover, artists often do not know which songs will be viral hits before they create them. However, in Ryan’s case, “it always seems to be the songs that come together effortlessly and very quickly. Even when I try to go back and rewrite that quick verse, the original verses still sound the best, so I keep them,” Oakes explained.” It’s either the ones like that or, honestly, the ones that you think will kind of just be a niche fan favorite that may not be something everyone likes and tends to absolutely rip. It’s pretty funny.”

Sometimes things happen when you least expect them. It took the LA-based rapper no more than ten minutes to compose his most popular streaming song on Spotify, which has 42 million streams. As successful as Ryan has been throughout his career, he had to overcome several obstacles to reach the level of success he has achieved today.

Many Challenges Have Characterized the Rap Career Of Ryan Oakes

Throughout his journey, he has maintained a mindset of “never giving up.” “On average, it takes about 32 songs (or so I’ve heard) to break an artist. And, like I said, I’ve put out about 250 songs,” said Oakes.

Throughout the first six years of his career, the rapper faced many issues in remaining motivated and convincing himself that there was something special about him. In addition to being “treated as a laughing stock,” those closest to him did not recognize his potential or take it seriously.

“It’s all part of the journey, though; without all that stuff happening, I’m not sure I’d be nearly as good of an artist as I am today,” Ryan asserted. Rather than being discouraged or giving up, Ryan remained committed to his craft and proved everyone else wrong.

Regardless of the challenges, artists encounter throughout their careers, collaboration with prominent artists will enhance their status and possibly lead to an end to their struggles. During the interview, Oakes said he would “love to do a track with NF.” Fans have begged Oakes to collaborate with the “Time” rapper for years. “I honestly really love his music. We would do a track together in a dream scenario and run up a tour,” he said.

Toward the end of the interview, Ryan provided some essential advice for emerging artists wishing to make their mark. “You’re not crazy. If you’re willing to really give this your all and immerse yourself and go through this journey, it will always reward you,” said Oakes.

There was a sense of passion and seriousness to the rapper’s message. “I’m not joking; everyone I know who never gave up has made it. And it’s at least a dozen people,” he continued.

“Whether their music projects blew up or they landed a life-changing song they wrote for someone else, everybody made it. None of these people got lucky. They just really made it their life and lifestyle,” said Oakes. “I think that anyone that is really willing to spend every minute trying to become a better artist is going to make it one way or another.”