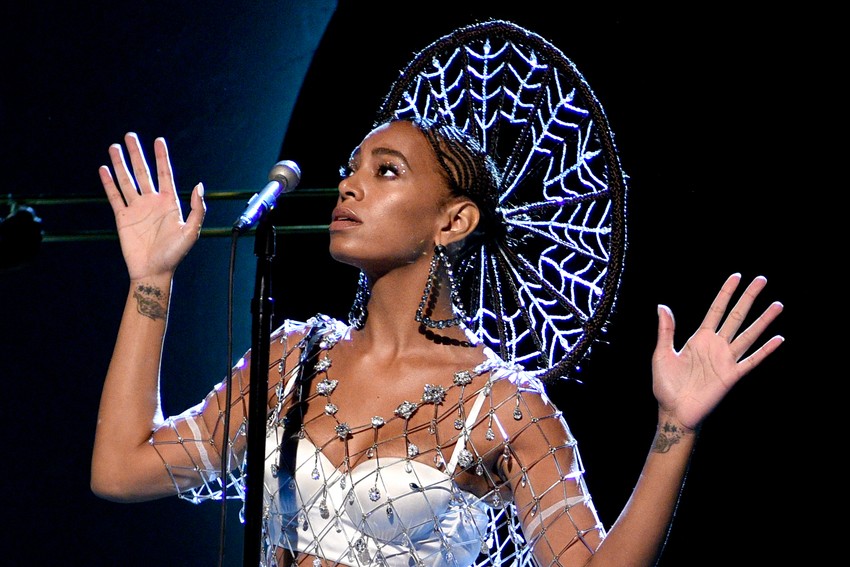 Solange, newly knighted cultural icon for “alternative” Black girls everywhere, is making history as the first Black woman to compose a score for The New York City Ballet Company.  This partnership will be part of NYC Ballet’s tenth annual Fashion Gala. The singer’s score will be paired with a ballet choreographed by Gianna Reisen. Spanish designer Alejandro Gómez Palomo will make costumes for the performance. The announcement came Monday via NYC Ballet’s official website. In addition to their announcement, Solange made one herself. For now, the show is untitled.

🖤very excited to announce i’ve composed an original score for the New York City Ballet 🖤 choreography by Gianna Reisen , score performed by the City Ballet Orchestra + soloist from my ensemble 🖤

Solange is known for her hit albums, A Seat At The Table and more recently, When I Get Home. And though the music itself is significant, so are the accompanying visuals. The way Solange uses colors, patterns, and cultural iconography to convey a message about complex emotions and experiences is something to note. However, her creativity doesn’t stop at her albums. In 2013, the singer launched creative agency, Saint Heron. The company aims to uplift marginalized voices in various artistic communities. Artists participating in Saint Heron’s artistic projects include Sampha, Kelela, and Jhené Aiko. In a 2021 interview, Solange explained why she launched Saint Heron. “I wanted to not only tell these artists’ stories, but honor those before us who really created the blueprints,” she said.

I needed to find my community, and there was no space or outlet that embodied the nuances that represented the people who surrounded me and the space we took up in the world. And so I thought, I’ll just create it.

The New York City Ballet allowing her to take the reins for such an important event, makes sense, given the success of her visual projects. Solange’s score can be heard for the first time at New York’s Lincoln Center on Wednesday, September 28 and repeat performances set for October 1, 8, 11, and 16. At this time, tickets start at $38 and are currently on sale.