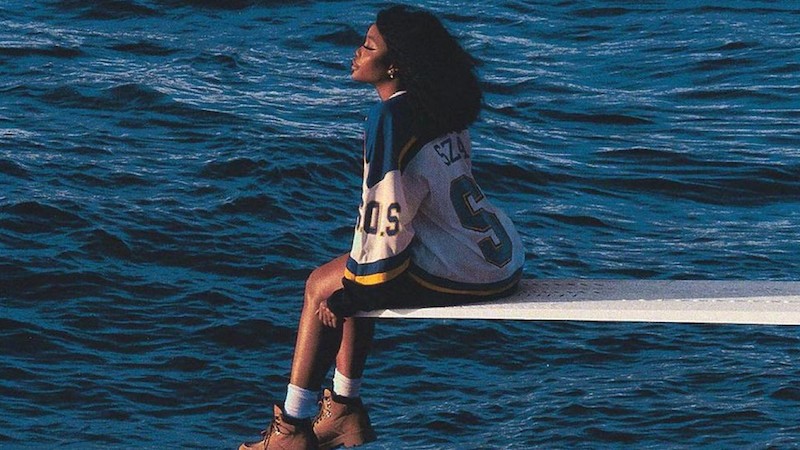 SZA’s long-awaited sophomore album “SOS” showed us that she was not coming to play. Her debut album “CTRL” was released five years ago and helped her become the fan’s darling.

Now, the St. Louis native gave us a melancholy R&B and Pop layered melody throughout her debut album, but a certain confidence echoes throughout the project this time. SZA is still herself, but with a twist… SZA 2.0, who amplifies her sexuality and inner gangster.

The singer exuded assertiveness on “CTRL” with songs like “The Weekend” and “Love Galore.” But in this 23-track project, she splashes with songs such as “SOS” and “Kill Bill.”

The title track’s lyrics lay out SZA’s carefree vibe as she rap-sings, “So classic, that a** so fat, it look natural, it’s not.” This was the same girl singing “I get so lonely I forget what I’m worth” in her 2017 song “Drew Barrymore.”

The second song, “Kill Bill,” gives us SZA’s sincere feelings about seeing an ex with “some other broad” and knowing they’re happy, but she still might kill her ex even though she knows it is a bad idea. Solána Imani Rowe gave the girlies some more ammo with her no apologies, no regrets vibes on “Seek & Destroy,” “Low,” and “Love Language.” Female Drake and Travis Scott personas sprinkled throughout “Blind,” “Used (feat. Don Toliver),” “Conceited,” and, of course, “Open Arms (feat. Travis Scott).”

“SOS” is slightly lengthy. Even though I am the SZA stan, she did lose me a little in the middle with tunes. Ironically, those were “Snooze,” “Gone Girl,” “Notice Me,” and “Ghost in the Machine (feat. Phoebe Bridgers).”

The songs seemed like tracks that could have gone on a deluxe album. Although, I did enjoy how SZA played around with different characters as she embraced her inner rapper and inner rocker on “Smoking on my Ex Pack” and “F2F.”

SZA’s shy and quirky side on “CTRL” was clearly heard on “Nobody Gets Me,” “Special,” and “Too Late.” “Far” and “Forgiveness (feat. Ol’ Dirty Bastard)” were nice combinations of SZA in the past meeting SZA in the present. It embraced the sound of the two to make hidden gems.

Overall, the album was an A- for me; I enjoyed it in the first few listens. Over time, it will become another classic because of SZA’s unique melody’s impact on the industry.