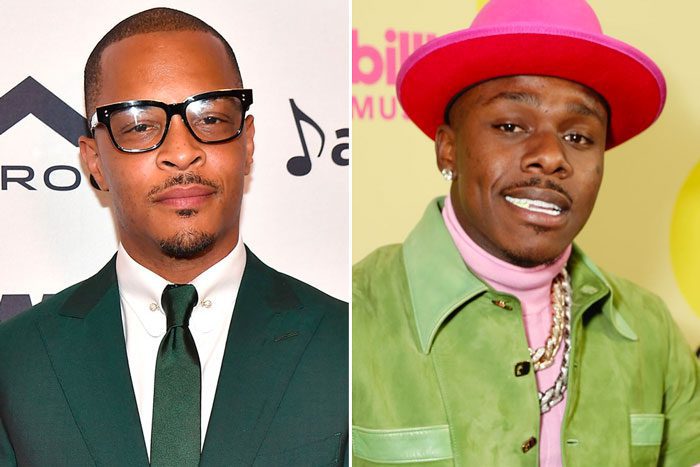 T.I. has teased fans that a new song featuring DaBaby is releasing soon. TMZ Hip Hop confirms that the track will be named “Fear,” the same title as the upcoming film that T.I. stars. Both T.I. and DaBaby were at an event in Los Angeles to support the film. T.I. introduced DaBaby at the event, where he then performed “Suge.”

Along with T.I. and DaBaby, the soundtrack has some great features. Sean Garrett is set to executive produce the album, with E-40 and Freddie Gibbs featured on some songs. The soundtrack for will be released on January 27 alongside the film. Fear stars Joseph Sikora, Annie Ilonzeh, Terrence J, King Bach. With T.I. back in the studio, he is also set to be releasing a joint album with Boosie Badazz.

In an appearance at B High TV radio last year, Boosie confirmed the news about the album.  Me and T.I. got an album on the way,” the rapper said. He then added “We sendin’ ’em back and forth, and we gonna get it in for the last rodeo and knock out our last five.” The release date for the project is still unknown.

DaBaby released his last song last year called “Boogeyman.” In the song, he reveals he had an intimate relationship with the Gammy-Award-winning rapper Megan Thee Stallion.  “You play with me that sh!t was childish… The day before she said that Tory Lanez shot her, I was fu*kin on Megan Thee Stallion!,” he raps.

“Cause’ it’s who?” she asked the crowd before answering, “My body…oh okay. If you love your body, let me hear you make some noise.”