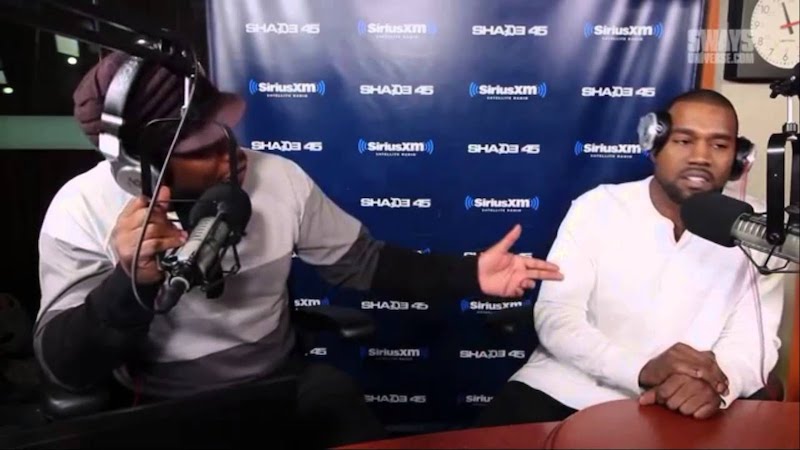 A viral clip from a 9-year-old interview is coming back to bite Kanye in a major way after some friction with Adidas.

At the time, Kanye West yelled at Sway after he kept asking the artist questions about the legitimacy of big corporations backing rappers’ business ventures. Back then, Ye clearly held firm in his stance. But now he’s singing a different tune.

This Thursday (Sep 22), ABC released footage from an exclusive interview with the “All Mine” rapper. A crucial part of the discussion was Kanye explaining his recently strained relationship with Adidas and Gap.

Since things have gone south with both Gap and Adidas, Ye is changing strategies and plans to release products straight to the public. If you watched that infamous Sway In The Morning interview all those years ago, you might remember that’s the exact advice Calloway gave.

“I will go ahead and say, Sway had the answer,” West finally admitted. Of course, hindsight is 20/20.

In 2013, Sway and Kanye sat down to chat about the dynamic between hip-hop culture and big corporations. Even then, Ye already expressed frustration with companies limiting his creative freedom and control.

In the early 2010s, he was making Nike millions with his massively successful Air Yeezys. Specifically, the Red Octobers were a must-buy for sneakerheads across the country.

In an eerie way, Ye echoes similar complaints he would have almost a decade later. Conflicts were quickly revealed when asked about the future plans for the Air Yeezys.

“You know Nike told me when I asked them? ‘We ain’t sure.’ You know what they told the store…of my boy that runs the store? They said, “if you want that Red October, you gotta take these 10 other shoes,” Kanye told Sway. Subsequently, it led to Sway suggesting Ye take things into his own hands.

“But why don’t you empower yourself and don’t need them and do it yourself?” He inquired. From there, viral internet history was then made.

It seems Kanye’s fans also recognize Sway had the answer all along. “Sway’s points to Kanye West have aged like fine wine,” one typed.

Sway when someone show him that GMA Kanye interview: pic.twitter.com/gV9roTdSi3

As far as Sway, Kanye’s original rant never invalidated Sway, so him now saying Sway had the answers doesn’t validate Sway either. The brother has ALWAYS been solid. Real ones know.

That, folks, is what we call character development.

Sway watching Kanye admit he had the answers: pic.twitter.com/zpzRRCJBSw

With Kanye’s net worth and business experience skyrocketing from 2013, he may finally find stability in his business ventures.