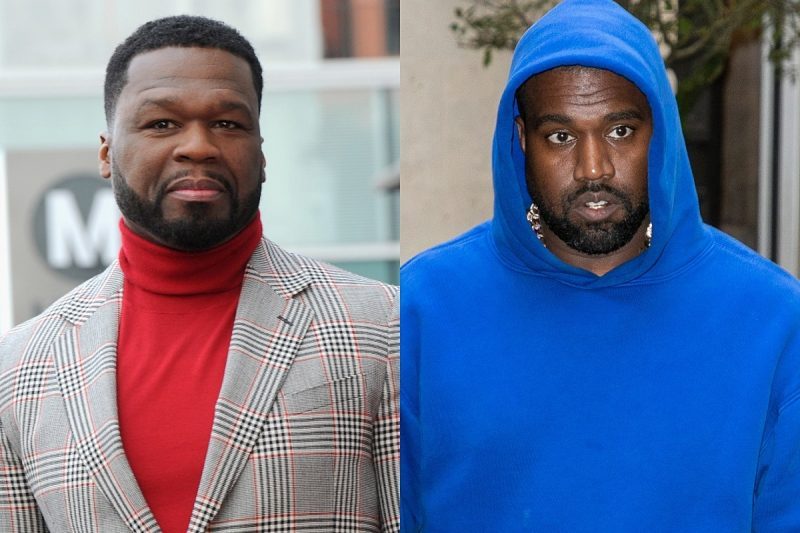 The fact that Kanye West is outspoken is not surprising, as he is very forthright about his views. Recently, he has been posting a great deal of information on Instagram. Sadly, the artist has mourned the death of Queen Elizabeth, criticized Adidas and urged others to follow suit, ripped into Kim Kardashian and her family, voiced his discontent with Instagram’s guidelines, and many more.

Nevertheless, one thing he neglected to mention was the matter he resolved with 50 Cent.

An image posted on Instagram by the ‘I’m The Man’ rapper on Friday, Sept. 9, appeared to be a repost from Kanye West, which described his ex-wife’s bathroom habits. “Kim has diarrhea a lot,” the removed post began. “Like way more than the normal person could have it.”

As a result of being surprised by what he read, 50 Cent captioned the post. “What the f**k make you do this, smh,” he wrote. “Not liquor nah. That boy on dat branson!”

However, there is a possibility that Ye is not the man behind one of the most recent posts. West quickly responded to the Power co-creator’s post in the comments section, denying the post was published by him. “I ain’t write this bro,” he wrote.

The things that people choose to do with their time are astounding. Although trolling someone’s account might be an option, it is not always the best course of action.

Ye Previously Affirmed That He Didn’t Create The Post

Moreover, 50 Cent is probably unaware that earlier in the week, Kanye denied being the writer of the controversial “diarrhea” post that was initially posted on Twitter and became a viral hit eventually.

The “Gold Digger” rapper posted a message on his Instagram account to dispel the rumors. “This was not from me. Someone copied my style of text and wrote something not funny,” he elaborated.

West has spent much time on his Instagram calling out various opponents in the past few weeks. Also, his account currently contains only two photographs. One of the photos is of a model wearing new Yeezy sunglasses. The caption, however, was omitted by Ye.

Due to all that West has been through lately, it is understandable why his Instagram page is so sparse. Furthermore, as a popular public figure, one is likelier to be stalked and trodden by others. There seems to be a system that prevents celebrities from living peaceful lives for whatever reason.

The person who created that post about Kim K should be ashamed of themselves.