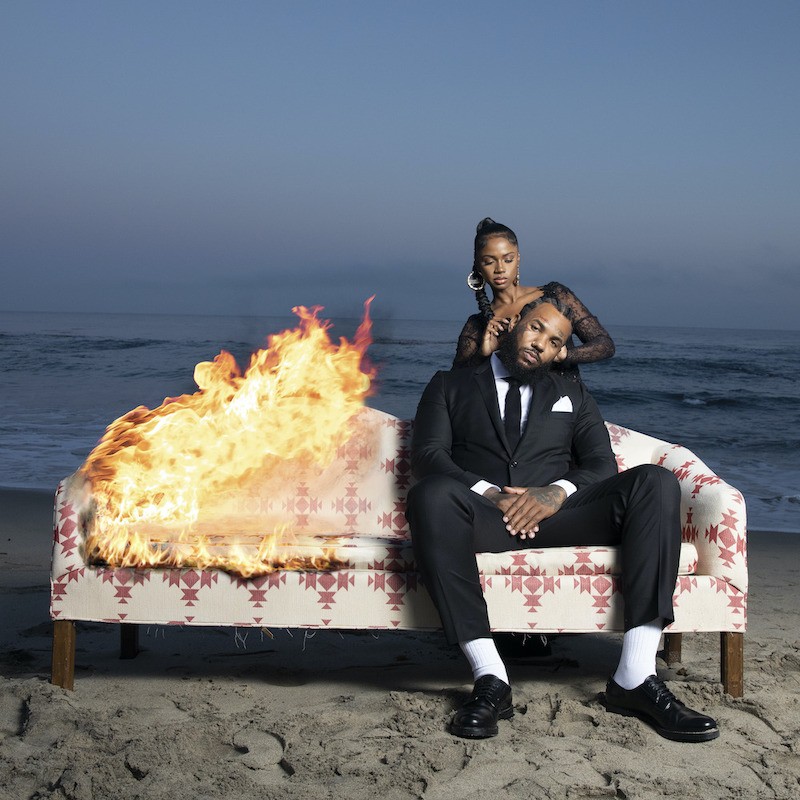 The Game’s new album includes a 10-minute diss track aimed at the rap god Eminem. Today, August 12, 2022, the artist’s new album, “Drillmatic: Heart vs. Mind,” came out. The 31-song LP revealed a track called “The Black Slim Shady,” which showcases The Game taking shots at Slim Shady. Produced by Big Duke, Hit-Boy, and Brian King Joseph, The Game goes after the Detroit native in several verses. He uses Eminem’s iconic flow while he delivers bar after bar, pointing at Eminem himself and those around him. The diss track comes just two months after The Game told the world he was better than Eminem.

“You depressed, you just maskin’ it/You pop an Adderall, a Vicodin and an Aspirin/But the math wasn’t mathin’ in,” The Game spits. “So Pass me the torch ’cause the torture in my mind/With the voice that defines rhymes were forced to blind me/Done see the owls in a white Rolls-Royce with five .9’s/When you was pretendin’ to be the white Royce da 5’9.”

At one point in the song, the Compton rapper even hints at him having kidnapped Hailie, Eminem’s daughter. The bar goes, “Dear Slim, Hailie’s with me, and she’s unharmed for now/(‘Dad, I’m really scared’).” Adding on even more insult, The Game downplays Eminem’s impact on hip-hop culture. He says, “Twenty-three years, still ain’t penetratin’ the culture/You are not top 5 in mine, B.I.G. or Pac’s eyes.” Listen to the whole track below.

The Odd Nature of The Game’s Diss Track Towards Eminem

Some people find this diss track out of nowhere, especially considering that the two rappers have never had any considerable hostility towards each other. By the end of the composition, it seems as if The Game is just daring Eminem to respond in kind. The Game implied he wanted a battle with Eminem several times in the past. In March, The Game said he would be down to do a rap battle with Eminem on the Drink Champs podcast. Besides bragging rights, it’s unclear why The Game is going after Eminem so aggressively.

Several years ago, a rather famous video of The Game speaking on Eminem, giving him nothing but praise, circulated the internet. In the video, he said, “Even when I was going at 50 [cent], and me and [Dr.] Dre weren’t seeing eye to eye, I stayed away from the white dude.”

It seems that The Game has changed his mind and is ready for what Eminem may bring his way. Watch the full video of The Game speaking on Eminem many years ago below.