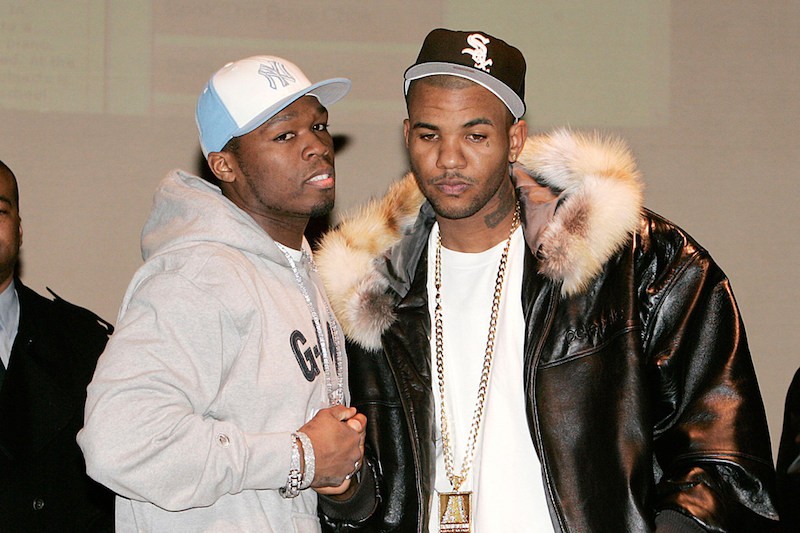 The Game is not letting go of his beef with 50 Cent any time soon, going so far as to roast him during a recent show in Houston.

The origins of the current beef are from when 50 won three awards at the 2022 Primetime Creative Arts Emmy Awards on September 3rd. 50 taunted his long-time rival on a social media account shortly after the announcement.

“I just won my Emmy award [clapping emojis] for the super bowl half time show. LOL,” he wrote on Instagram before posting a photo of The Game looking angry with the message: “No Caption needed [grinning face emojis].”

The Game responded to this with an old photo of 50 Cent modeling a sleeveless shirt. They then started bickering for the next 24 hours.

The Game retaliated the next day, at his show in the Legends Only Concert in Houston. He roasted 50 Cent during a break in his set.

“I’ma tell everybody in here: I still don’t f-ck with 50 Cent. He a bitch n-gga. It ain’t no cut with that n-gga. Next time we in the same place n-gga, shit getting thrown. I don’t f-ck with that n-gga, he a sucker n-gga. I’ma say it in Houston, I’ll say it in New York, I’ll say it anywhere n-gga, that n-gga’s a straight bitch. And I like the TV show. N-gga, now put that on the internet.”

When 50 Cent got word of the clip moving around the internet, he reposted the clip with a link to his G-Unit Brands website.

👀oh no, you making me nervous now you know it’s not safe around me 😆when i’m nervous LOL • https://t.co/jnbpt4Vpb3 pic.twitter.com/ZCzgpjEiAV

The two have been bickering since 2005, and this is just the most recent exchange. Earlier this year, the Game’s manager claimed that The Game ghostwrote 50 Cent’s song, “What Up Gangsta”. Fif also laughed at The Game when The Game was snubbed by a record executive at a Lakers basketball game. The Game felt he had the last laugh though, revealing proof 50 Cent’s current girlfriend sliding into his DMs a few years back.

None of this story should be shocking, as it has been over a decade of these two feuding, and more than likely will never change. Any talk of peace does not last for long, as the feuding usually just starts again. Stay tuned for more.