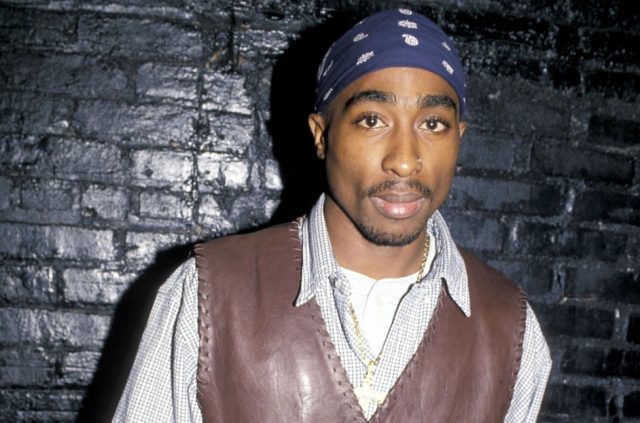 Tupac Shakur and Michael Jackson are two of the most successful and influential artists in music. Both musicians transcended beyond simple musicians enjoyed by many. The two men transformed themselves into entertainment icons.

What is all the more impressive about the two is that they enjoyed massive popularity at roughly the same time. Michael Jackson achieved fame as a child along with his siblings. He maintained this level of stardom throughout the 1970s until the 1980s when his popularity skyrocketed. During that decade, Jackson released the iconic and groundbreaking albums “Thriller” and “Bad.” The legacy of these albums remains legendary, with many still considering them the pinnacle of pop. Jackson managed to do what few can claim and continued his fame for three decades. In 1991 he released his album “Dangerous.” This album went 8x Platinum and spawned the massive hit single “Black or White.” The album cemented Jackson’s status as a beloved musician even as the musical landscape changed drastically.

The same year and month as Dangerous, a young up-and-coming emcee named 2Pac debuted. His debut solo album “2Pacalypse Now” admittedly impacted the charts less than Jackson, but it did give the world its first taste of what was to come. He was a young and passionate poet who wore his emotions on his sleeves and didn’t care if the world didn’t like his message. His untimely death only immortalized Pac as one of rap’s all-time greats. Though debated by some, it is a common belief that Tupac Shakur is one of, if not the, greatest rapper of all time.

The Failed Collabs of Michael Jackson and Tupac Shakur

Both artists were widely believed to be the best at their respective genres; Jackson became known as the “King of Pop” and Tupac, often labeled as the “G.O.A.T.,” it would’ve been a dream to see the two collaborate. Such a song almost happened. According to journalist Ural Garrett, who put together an oral history of the creation of Tupac’s album “The Don Killuminati: The 7 Day Theory,” Jackson and Shakur almost released a song.

According to Quincy Jones III, Michael Jackson almost ended up on a planned track for the album. He also claimed Jackson denied being on the song due to a previously established loyalty to Pac’s rival Biggie. However, this claimed Bad Boy loyalty was denied by Danny Boy, a former labelmate of Tupac.

According to another Tupac associate, Napoleon of Shakur’s group The Outlawz, Pac once claimed Jackson requested a verse. However, Jackson failed to appear in the studio when Pac arrived. Shakur didn’t record the verse by taking the King of Pop’s absence as a sign of disrespect. Napoleon said, “He [Tupac] walked out on the opportunity because he was more about ethics and morals…If you want me to be on the song, at least say hi to me.”

Unfortunately for music fans, these two titans of the industry never got the chance to collaborate. Despite their combined collaborations with Dr. Dre, Snoop Dogg, Nas, Paul McCartney, and many more, they never found the opportunity to work together. The truth of why is ultimately unknown. Did Jackson mean disrespect towards Tupac? Whatever the case, the only thing left to do is wonder what great music almost got made and delight in what may have been.