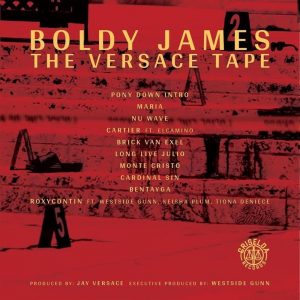 Back in February, hip-hop fans rejoiced as Boldy James signed to the Griselda team. Boldy’s flair for mixing high fashion and art with street talk made him an easy fit with the group of MCs. 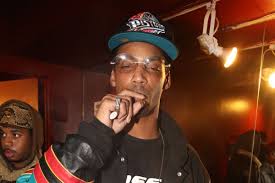 James’s prolific output and consistency makes him a seamless fit for Griselda.

The world was introduced to Jay Versace’s producer chops on Westside Gunn’s “Versace” off the instant classic, “Pray For Paris” album.

Jay Versace began as a star on Vine then viral videos on Instagram and now a respected producer. He did a great job on the whole album.
Boldy James album run is insane.

The instrumentals all feel and sound the same, which isn’t necessarily a bad thing. Boldy James’s deep vocals feel right at home as he “tap dances” from track to track.

Jay Versace has established his own sound and has become one of the more sought out, up and coming producers in hip-hop. The social media star has carved out his own niche in the game and fans are showing him love and gratitude. Versace’s sound is a mixture of greats like Alchemist and the late great J. Dilla. Versace’s chemistry with the Boldface MC is very similar to Boldy’s and Alchemist, as a matter of fact.

Bro, @JAYVERSACE might be the toughest producer in the game right now. That new Boldy James tape goes crazy

The Versace Tape is a worthy follow up to Manger on McNichols as well as Album of the Year contender, The Price Of Tea In China. Standout tracks include Cartier featuring El Camino, Long Live Julio, Cardinal Sin, Brick Van Exel and Roxycontin featuring Westside Gunn and Keisha Plum.

Boldy James’s official Griselda debut lives up to the hype. The Detroit veteran delivers a solid album that fits along side his fellow Griselda compadres.

Boldy James is 38 and got signed to Griselda less than a year ago and is dropping his Griselda debut tonight.

age is just a number. don't let people or social media trick you into thinking you have to rush your path to success.

do your best and you'll get there.

The Final Verdict on The Versace Tape

The only thing missing from “The Versace Tape” is the presence of Conway the Machine and Benny the Butcher. A verse from either would have sent this album over the top. Solid body of work.