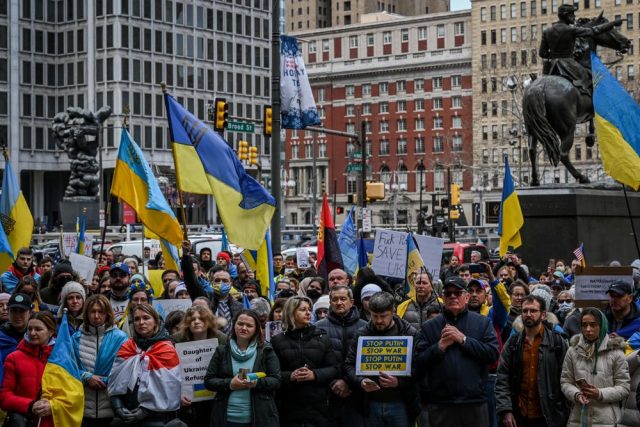 Musically, it would seem like there’s something for everyone’s taste in Ukraine. But with Russia’s recent invasion of the country, the future of Ukraine’s music scene is now at risk.

In the last eight years since the 2014 revolution, artists from every genre have come to thrive in Ukraine. Fo Sho, an Afro-Ukrainian sisterly trio, offers hip-hop beats blended with Ethiopian roots. Onuka delivers with exciting electro-pop. And Postman’s acoustic indie-pop shows his admiration for the work of Bob Dylan.

The Ukraine music scene also includes hip-hop artists such as Alyona Alyona and the synth-pop of Kurgan & Agregat. These are only a few of the hundreds of noteworthy Ukrainian artists who have grown in popularity in recent years.

The artist behind Postman, guitarist Kostiantyn Pochtar, spoke on how the revolution impacted the growth of music in the country. “After 2014, I felt that my country never experienced such a good time because really, everything was blossoming in a way,” he said. “It all started back then, after the revolution.”

DJ and label owner, Bodya Konakov, added his own thoughts. “A lot of interesting artists had a chance to show their music to the whole world. Everybody was interested what this revolution would bring. It was like a wave,” Konakov said. “Everybody wished to take part in building a new music scene. It was a beautiful time of solidarity, and we can see now that we have a strong music scene.”

But now, like Ukraine itself, that music community is under serious threat. While many musicians have to remain in Ukraine and serve the country, some still struggle to stay or go. Clubs are closed, and events scheduled to take place soon now hang in limbo.

However, some artists have decided to use their talents to boost morale. “There will be songs dedicated to the heroes who laid down their lives defending us,” said the Death Pill drummer Anastasia Khomenko. “To every brave man who went through this terrible war, to Russian battleships which can f*** right off.”

“Our music will become heavier, filled with anger and hatred. We will never be able to forget and forgive them all the evil they have done to us,” Khomenko added.

Sentiments such as Khomenko’s reflect how personal the war is for Ukrainians and shows their defiance in the face of war. We can only hope the conflict comes to a swift and peaceful end for both sides.

If you want to help Ukrainians, who are now hiding from bombs and struggle to save their country, visit #HelpUkraine.