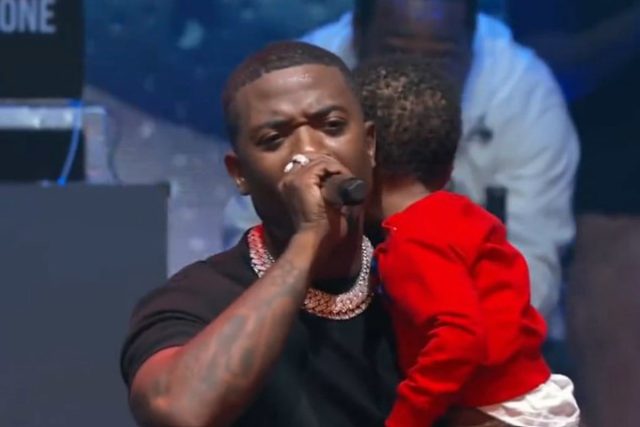 Ray J and Bobby V teamed up against Pleasure P and Sammie. Questions about either team’s vocal abilities were not concerned before the pre-show started. Immediately that changed after the first song.

Sammie had the best vocal abilities at the last Verzuz. Especially compared to everyone else on the pre-show card. He sounded almost identical to every track he performed. About midway through the pre-show, Sammie realized he was the best singer on the stage. He started flexing his abilities and singing everyone else’s songs. He even took time to outsing Ray J on “One Wish.”

The Vocals Lacked During The Pre-Show

Bobby V and Pleasure P stayed in the middle of the vocal pack. Both singers had a tough night, but Bobby V struggled more than Pleasure P. Most of the night, Bobby V had difficulties with his runs, high notes, staying in tune, and holding nights. Despite his struggles, he kept singing without the tracks playing. Pleasure P only struggled at the beginning of the pre-show, but as the night went on, his singing got better.

Ray J was the worst vocal performer of the Verzuz night. He beat out Omarion for the worst of the night. Nothing he performed sounded good. Fans were still ready to forgive Ray J; all he had to do was perform “One Wish” at a high level.

He tried his best on his biggest song, but his vocals failed to get the job done. Ray J did so badly on the song that the other vocalist decided to help. Pleasure P, Sammie, and Bobby V all joined together to harmonize “One Wish.” This helped upset Ray J, and he displayed his disappointment.

A Night of Chaos & Laughs

The pre-show was a vocal disaster. Sammie and, at times, Pleasure P were the only saving grace during the pre-show. Ray J and Bobby V had no chance against Pleasure P and Sammie. One team just had more hits and better performance. The pre-show was a mess, but Mario would ultimately come and save the entire night.

Click here to stay updated on the latest Verzuz news