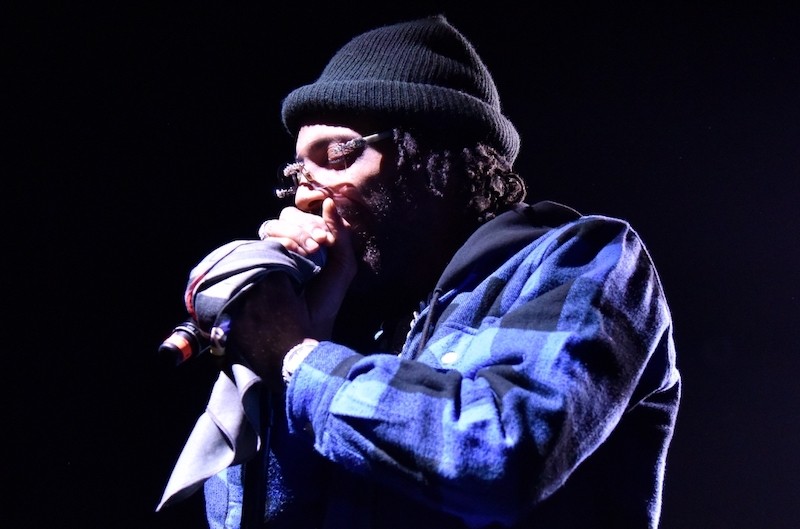 It’s another weekend, and we have new top-chart music! FMHipHop is here to guide you through the weekend. There are five artists that you have to tune in to.

The Bronx rapper has three new songs for us. The other three songs on the six-track EP have already gone viral: “Munch,” “Bikini Bottom,” and “In Ha Mood.”

On her song “Gangsta Boo,” Ice Spice also pays homage to the late Memphis Legend, Gangsta Boo. A video was supposed to follow with Lil Tjay, but then he got arrested at the video shoot.

After not releasing a studio album in six years, Oddisee is back with “To What End.” The D.C. rapper also collaborates with Freeway and Phonte on this album, amongst others.

Trippie Redd is also back with “Mansion Musik.” The Ohio rapper drops this album as a surprise with 25 tracks, including many star features.

Chief Keef served as the executive producer for “Mansion Musik.” Redd made this album with Chief Keef’s original “Mansion Musick” mixtape in mind.

The “I Don’t Like” rapper also appears on two songs, “Rock Out” and “Atlantis.” DaBaby, Future, Travis Scott, Lil Baby, Kodak Black, and G Herbo are just some of the names included on the album. There’s even a posthumous verse from Juice WRLD on “Knight Crawler.”

Quality Control artist Gloss Up dropped her debut album, “Before the Gloss Up.” The Memphis rapper is next in line to blow after her hit single “Don’t Play With Me” and her verse on “Shabooya.”

The 13-track project has a mix of solo songs and collaborations. Icewear Vezzo, K Carbon, and Glorilla are a few of the guest features on the album. She collaborates with Glorilla on the song called “BestFrenn.”

Boldy James continues where he left off in 2022 with his first project of 2023. After his car wreck, this tape comes as a surprise. He continues his run with one producer as he and Freddie Gibbs’s producer, RichGains, create “Indiana Jones.”

All projects from our Weekend top chart are now on all streaming services!