Griselda frontman and FLYGOD, Westside Gunn announced his Shady Records debut ‘Who Made The Sunshine‘ yesterday. The album is set to be released August 28, 2020. 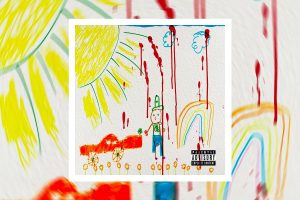 No word on a track list or guest features, but the  was cover art designed by WS Pootie, Westside’s daughter. Usually the Buffalo-born MC leans on artists like Virgil Abloh for his album art but he decided to switch it up and enlists his daughter. Peace to him!

It should be noted that August 28 is Westside Gunn Day in Buffalo, New York.

2020 has been kind to the Griselda camp. The announcement comes after the French Toast rapper gifted Boldy James with a new Griselda chain, welcoming him to the team. Pray For Paris, LULU and No One Mourns the Wicked by Conway The Machine all have received consideration for AOTY, while Benny The Butcher is on deck with upcoming projects.

Here’s to Griselda keeping it moving. We are looking forward to see what the rest of the year has in store for the Buffalo collective. Peace to all of them.