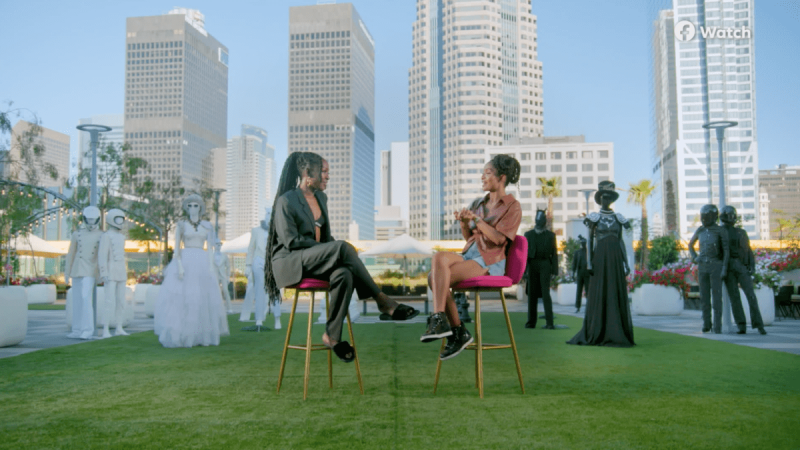 The discussion occurred in sunny Los Angeles, California, in an elegant setting filled with fashion mannequins and large chess boards. As part of their exciting day, Elsa demonstrates to Yara the principles of playing chess on a standard chess board in preparation for the life-size game afterward.

Throughout the game, Yara clarifies that Elsa is the middle child and asks how it feels to be away from her family.

“Oh my goodness. I love my family. Oh, bless them. But I see them all the time,” Majimbo said. “I am halfway across the world. They call me every day. I travel somewhere, and they are there. I go home and see them a lot. So I never really get the chance to miss them.”

The importance of family cannot be overstated. However, it may be necessary to be around them less frequently so that they will understand what it is like to be absent from your presence.

Observing her Instagram page, Shahidi mentioned that Elsa appears to have an incredible group of friends in LA. Following this, she inquired about Elsa’s network of friends and how it was established.

“Some of them, I knew them before moving. And I didn’t want to come to a place where I didn’t know anyone,” Elsa explained. “So they helped me build the community around me, and that’s why I love LA so much because I have people here I consider family.”

Bringing Humor To The Table

Aside from being devoted to her family, Majimbo also has a sharp sense of humor. During the COVID-19 quarantine period in early 2020, the 21-year-old gained recognition for her home-based funny quarantine videos. In her entertaining monologues, she is often seen eating potato crisps, leaning against a pillow, and displaying tiny 1990s sunglasses.

Further elaborating on Elsa’s humorous nature, the Yara Shahidi’s Day Off creator asks, “How do you feel like you developed that specific sense of humor? What influenced you?”

Elsa’s entire family, however, did not think the same way, but this did not prevent her from pursuing her comedic talents. In the absence of self-confidence, some individuals let others’ opinions deter them from reaching their goals. When one allows the views of others to impact their life, one will never prosper.

Regarding confidence, Yara asks Elsa, “How did you maintain that sense of confidence if you were around a ton of people that didn’t find you funny?”

“Okay, we have this thing where we bring each other down. But I mean, that’s tough love,” said the comedian. She asserts that one needs to believe in yourself and believe in everything they do.

In one instance, Majimbo relates that her mother made fun of her outfit, which led her to change. However, when she returned in different clothing, her mother inquired, “Why did you change?” Do you not believe in what you picked out?”

Her mother’s statement inspired her to believe in herself despite what the rest of her family thought. “That’s tough love for confidence. Actually, I am the least funny in my family, said the chess player. “They’re all way funnier than me. I accepted that a long time ago.”

As Elsa claims, she created comedic videos because she found herself to be amusing. “I didn’t really care what anyone else thought. That’s a Majimbo kind of way to do things.”

Confidence is an essential component of success.

The Work Ethic Of Majimbo’s Family

Furthermore, Yara praises Elsa’s family for their commitment to hard work and confidence in achieving what they want.

“I love just hearing even just how your family operates, where they’re like, ‘I’m a hate, but this is a sign of I want you to double down. I want you to be proud of what you’re doing,'” said Yara.

Following up on this, the actress asked Elsa when she realized she had an audience after posting her first video and how that affected her approach.

“That’s when I was like, Oh, my goodness; they’re obsessed with me. So I just decided to keep things as they always were because doing that is what had gotten me to that point so far.”

Watch The Full Episode Below

A few lines into the dialogue, Shahidi states that she would not be where she is today without the support and guidance of Black women in her life. In light of this, she inquires what influence or importance she places on role models like herself to assist the Black girl community.

“I feel like Black girls go through so much. And I think just even you in your position, you know– so many Black girls look up to you, and they’re able to say, ‘Oh, look at what Yara’s doing. Yeah, I’m gonna be a G like that one day.’

Majimbo also uses Yara’s contract with fashion company Dior as an illustration of the fact that black girls are capable of accomplishing whatever they desire in life.

Moreover, logical individuals make wise decisions to maximize their chances of success. Because Elsa is a 15-time chess champion with a strategy, Yara asks whether she considers this skill set when deciding who to collaborate with.

“First, I always check their morals and values, ’cause I have morals and values that I hold very dear to me,” Elsa Majimbo said. “Honesty and transparency” are at the top of her list of values when checking for specific characteristics. “I need things to be very visibly clear. I need it to be straight to the point.”

Yet, Elsa is not the only person with a list of morals and values. Yara also seems to have one called the “What We’re Not Gonna Do” list. This list consists of rules such as not breaking her moral code, not fooling others, and not being boring.

In the wake of a fulfilling, informal, fun day with Yara, Elsa shares her vision of how she wishes to impact the world one day.

“I want people to look at me and say, ‘Oh yeah. She can do it. I can do it as well.’ You know? ‘Cause oh, my goodness, I love my life. And the reason why that happened is ’cause I took risks,” the Kenyan comedian states. In addition, Elsa claims that even though she had everything to lose, her thought process was to keep pushing forward. She hopes her actions give people the strength to go after what they want. 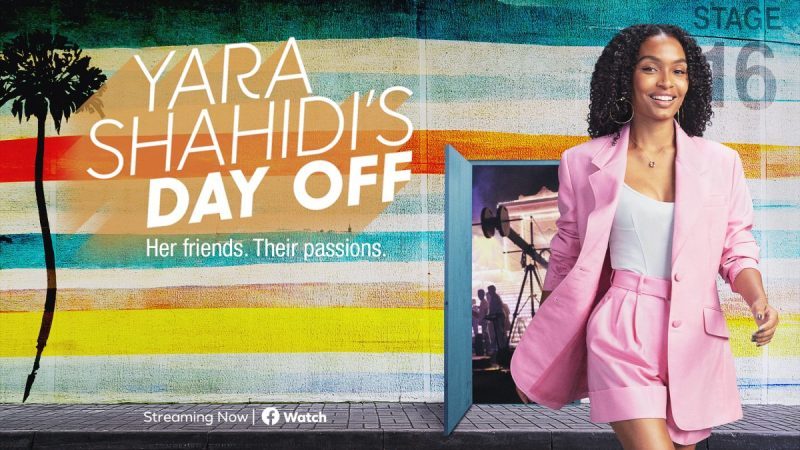 Every Thursday, Yara Shahidi’s Day Off airs on Facebook Watch and Instagram at 9 am PST/12 pm EST.