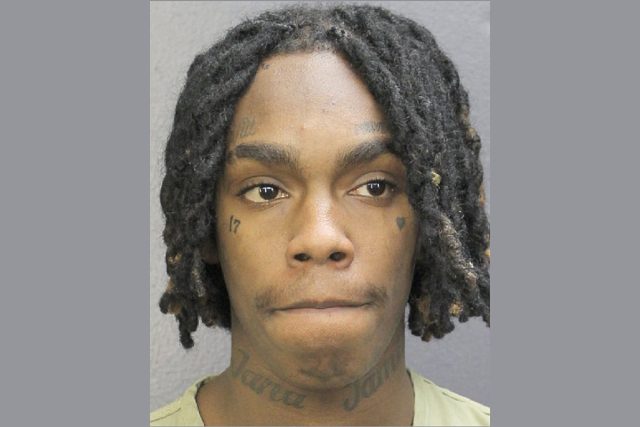 YNW Melly has been locked up for quite some time, and now he’s calling on other celebrities for help. The rapper has been incarcerated in Broward County, Florida after being arrested in 2019 for allegedly murdering his two friends, Christopher “YNW Juvy” Thomas Jr. and Anthony “YNW Sakchaser” Williams. Within the past months, the artist lost his phone privilege and has not been able to communicate with his family.

According to Hip Hop DX, on Saturday, December 3rd Melly shared an Instagram post explaining the “mistreatment and discrimination,” he claims he experienced. The “Murder On My Mind” artist revealed the names of the correctional facility employees who were involved in the abuse. He say’s, “As I speak to you from My cell at this very moment I am weeping in the present.” Melly continues, “I have been mute For years about the mistreatment, discrimination and misuse of authority mentally& emotionally abuse, I have been suffering and in fear B.S.O staff Captain Archibald Captain Hubert.” The rapper also called out XO Jean Baptiste and XO Jenkins who have enforced this treatment.

YNW Melly says he has not spoken with the outside world due to losing his phone privileges.

He says on April 8th he was told he was not allowed to use the phone indefinitely. The star claims that captain Archibald Revoked his calls for using another inmate pin to talk on the phone. When inmates get disciplined for this, they are phone restricted for 30 days. However, in Melly’s case, this has been going on for 8 months. He states that no other inmate is being treated this way. Melly hasn’t spoken to family, friends, managers, and others for months. Due to his lack of communication, it’s nearly impossible for the 23-year-old to pay his bills and other necessities.

In the post, he continues to say he is being hidden from the world. “Not hearing my family voices has mentally & emotionally tortured me into deep depression.” He states that he was never given a fair warning that talking on another inmate’s pin was wrong. As the holidays approach, YNW Melly feels that not only is he being tortured but his family as well.

In a final plea for help, the Florida rapper takes action in reaching out to multiple media outlets and other celebrities. He sais, “I am innocent until proven guilty and I have all rights to talk to my family, who ever took my privillages have a personal vendetta towards me… Somebody please help me!! @saycheesetv @akademiks @nojumper @meekmill @kimkardashian @300ent @joebiden.”