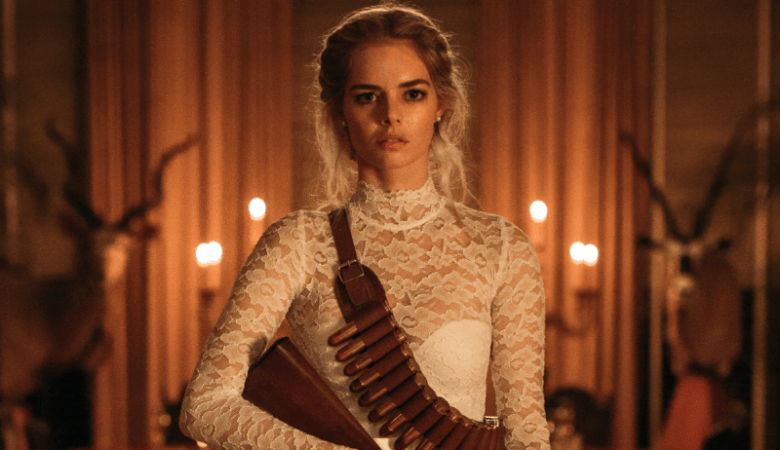 Released last fall, the film, Ready or Not, was a sleeper hit. Expected to not be a total blockbuster, the film became an unexpected huge success in box offices. Despite impeccable quality, the budget for the movie was exceptionally small making its profit even more impressive. 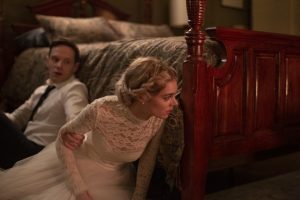 Ready or Not tells the story of a seemingly simple wedding night, but the new bride is welcomed into the cold wealthy family for a game night. The game hide and seek takes on a whole new version of literal as chaos and chase ensues. The movie mixes the perfect balance of dark comedy and exaggerated gore which makes it both intense and fun to watch. It’s self aware in most aspects, exceptionally aware of its silliness. The film uses the absurdity to bring clever humor into the story and build satire from horror.

The movie is not just a surface dark comedy horror movie. It has subtle undertones of societal criticism throughout that bring it from fun to great. The cruelty of wealth and social class exists as a villain beyond the onscreen villain. The idea of a life without consequences that exists for the rich comes under the light. A strong woman with kind intentions of love against a caving man and his rich abusive family feels like a metaphor for the ages.

Samara Weaving had been see as just a Margot Robbie doppelganger with a few movies under her belt but she becomes a feminist icon in horror after this movie- a legend in realistic strength. Her character becomes empathetic without being pitiful, aided by her internal strength, worth and quick wit. She is far from a damsel in distress. The movie tests your empathy in comedy, finding you laughing with and at the villains. It tests your ability to allow evil with slight empathy and how consequential that is.

Ready Or Not is a fun, witty, scary, clever and important movie. Don’t be afraid to give a blockbuster a chance at being intelligent, this movie doesn’t miss a beat. At its core it’s a funny chase movie with social worth. Fall in love with it as I did. Add it to your list.