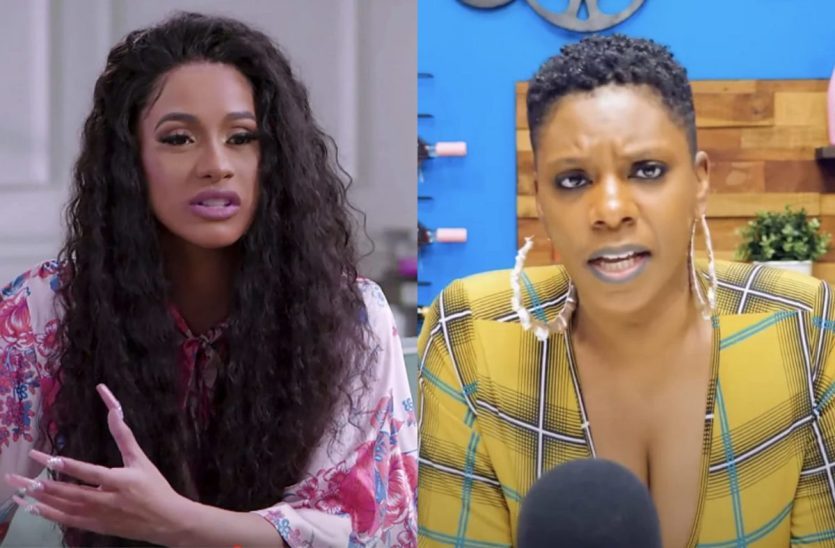 A federal judge has ordered Tasha K to remove her defamatory videos regarding Cardi B. According to reports, she has refused.

Moreover, in a tweet posted Thursday (Apr. 14), journalist Dennis Byron reported that Cardi B’s attorneys are launching a legal response against “the blogger lady” (aka Tasha K) after she failed to delete the offensive videos about the 2019 Grammy Award-winning rapper.

“Breaking! The Blogger Lady aka #TashaK defies Federal Court Order by failing to remove defamatory statements about @iamcardib #CardiB Legal teams mounts a response. She is facing possible prison time and financial sanctions. This is a developing story. pic.twitter.com/xsS4IhttCX

Furthermore, Byron then hopped on Instagram Live to further explain Tasha K’s failure to remove the Cardi B videos.

“This is a federal judge’s order and it is very specific and it was a consenting order by mutual parties,” he said during his 30-minute IG Live session. “So…at this point when you violate a judge’s order there are one or two things that could happen. They could throw you in jail. They could fine you.”

In addition, Tasha K, whose real name is Latasha Kebe, pleaded guilty in January to two counts of slander. Also, Cardi B filed a defamation lawsuit against her, alleging libel and invasion of privacy in 2019. Documents obtained by XXL indicate that Kebe was ordered to pay the “Up” rapper $1.5 million in punitive damages and $1,338,753.47 in legal expenses. Moreover, Tasha was required to cover Cardi’s medical expenses, which were reduced from $250,000 to $25,000, making the total amount Tasha must pay nearly $3 million.

However, Tasha K responded with a video on her YouTube channel entitled “Tasha K’s Official Statement on The Verdict.” Also, she called the decision “extremely prejudicial” and blasted “the machine” for bullying her.

“We called bluff against a machine that wanted to bully me for not wavering from my personal beliefs,” she said. “A machine that has corporate interests to protect prostitution, drug use, promiscuity and to glorify the violence that wreaks havoc in our society and our neighborhood.”

After all, to obtain justice, the 39-year-old YouTuber says she will take her case to the Supreme Court if necessary.

For further details, XXL has reached out to Cardi B’s representatives.