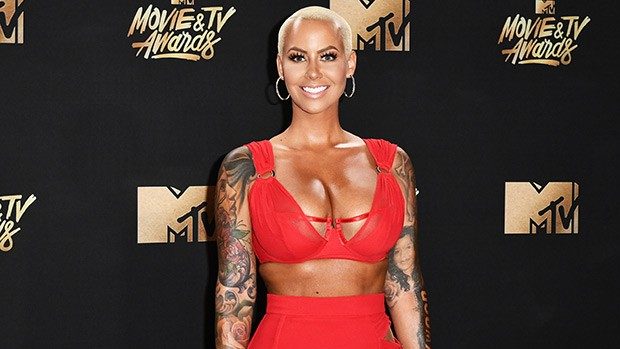 Amber Rose is well known for the rappers she’s dated. Back in 2008, her career in the industry took off. The model appeared in the music video for “Put On” by Young Jeezy and Kanye West. Shortly after the video, she and Kanye hit it off and Amber has hit many milestones since. Today, Thursday, June 24th, Amber Rose Drops her new rap single “GYHO/GOTCHA”

Amber Rose is dropping some serious and explicit bars!

According to All HipHop,  “GYHO/GOTCHA” was produced by  DJ Mannie Fresh, a member of the New Orleans Duo, Big Tymers. The song illustrates “Get Ya Roll On” from the album, I Got That Work. DJ Mannie makes his appearance in the video as well and and even adds some adlibs to the track. Amber Rose has never been shy when it comes to her sex appeal ad gets super freaky and explicit in her lyrics.

2012 was a huge year for Amber Rose. While the star has appeared in many music videos throughout the years it’s no secret that this wouldn’t be her first time getting on a track. The star has previously featured in her ex-boyfriend and baby daddy, Wiz Khalifa’s 2012 single”Rise Above.” She also had a small feature in Khalifa’s “Never Been Part II,” as well as other songs. That same year she dropped her own single “Fame” which featured Wiz, followed by a second track called “Loaded.” While Loaded included a more electric and techno vibe, “Fame” had more of an indie-pop feel.

Check out what Twitter had to say regarding the unexpected new single!

Amber Rose dropping a song is wild. 👀 lol… love that for her. 😭

Amber Rose is 40 still screaming about being a hoe. We know. Please leave us alone, we don't care.